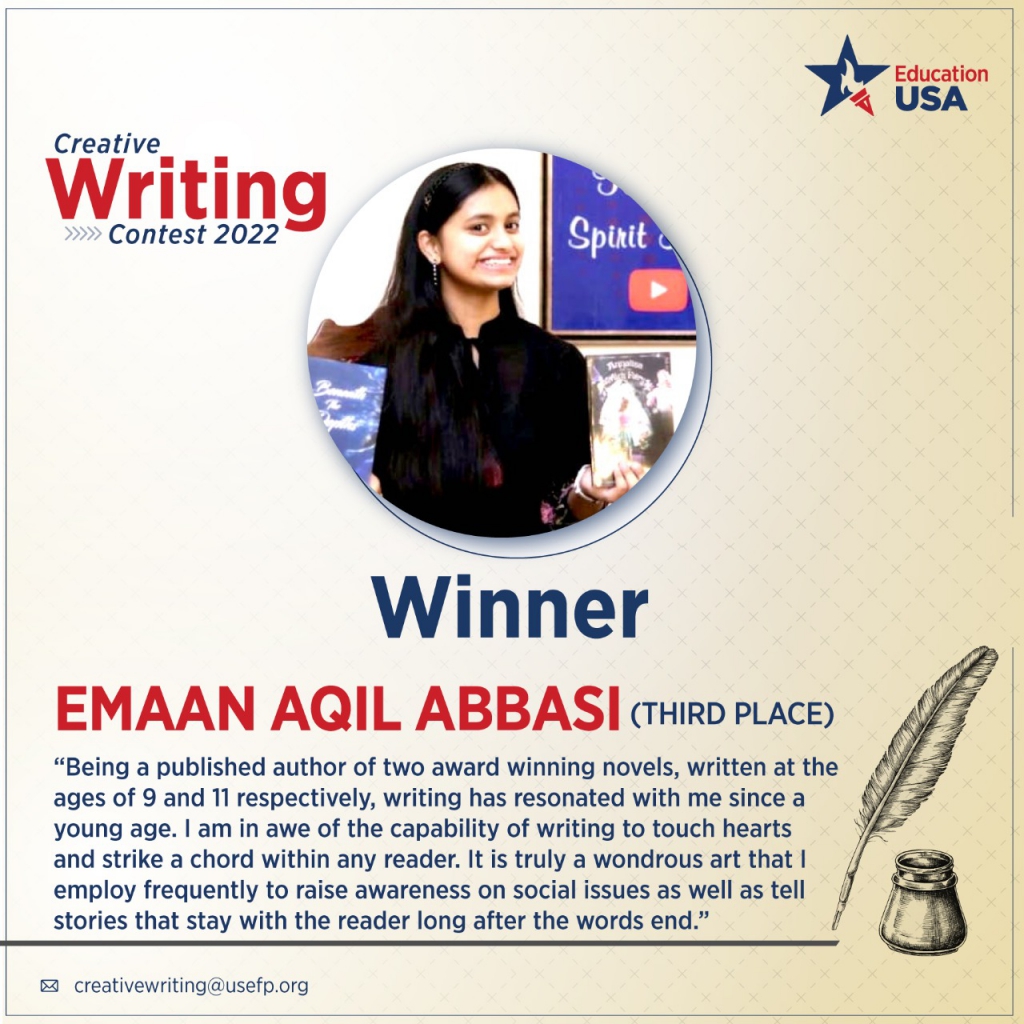 It was a day that raised the hairs on the back of my neck. A fresh current of wind toyed with the tresses escaping my braid, lifting them up and making them whip my face like a possessed entity. It was particularly picturesque, with wisps of clouds extrapolating the overall serenity. The tall peaks present cut a fearsome visage.

The loud roar of the mighty river galloping just a few feet ahead of me drowned out the other noises. I had seized the first available opportunity to bolt from our guest house and scampered down to the banks of the river. I collapsed on a grassy knoll close to the edge. The river is especially foamy today, white intermingling with clear blue to form a trademark pale grey.

Even though I was also completely familiar with every nook and cranny of my mountainous home of Skardu, it never lost its rustic charm for me. While I watched other people pack up and head out to wildly different places, I had always been more than content to stay here. My parents had opened a guest house for visitors here a few years ago, near the river Indus, and it had been an incredible success. The squat grey building in the distance was our place, and this grassy knoll was mine.

Summer days like these in May when we got a much-needed reprieve from the blistering cold were the best ones. I heard the distant shouts of my brother, desperately trying to reign in our two goat kids. I got up, shading my eyes with my fingers as I looked up the river. It was a shame I had not found anything new for my collection but… there!

There was a vibrant purple object rocking wildly on the waves. Most of the rocks I collected were plain, covered with unimpressive shades of moss, but this one looked decidedly different. I lay down flat and reached out. Within seconds, I felt a fluffy sensation and scooped the stone straight out of the water. Some stray drops rained over my face and I lay on my back, panting hard. I felt a strange abrasion on the back but just as I was about to turn it over, “Emaan!”

The indignant shout had me on my feet instantaneously. “You were inches away from falling!” “The river didn’t swallow me up,” I interjected. “Yet,” he murmured. I ambled to the goats. As I walked, I examined the back of the stone. There was a carving there, which jostled me. It was Balti, our local language. There were only three words.

“It is coming.” I felt a shiver go up my spine and tucked the stone in the pocket of my kurta. All day, I harboured a discomfiting sensation.

The blue teapot and cups listed slightly to the right as I dodged one of the white kittens that had crept in the house. I laid the tray on the wooden table in the lounge and smiled politely at the family sitting on the couches in the lounge. I could tell by the sparkle in their eyes that this place had them in their impregnable hold. It was refreshing to hear them gush on about Skardu, which they described as a piece of paradise. Lively guests like these seemed to provide me a one-way ticket to lands foreign and fascinating.

After they left for an evening sojourn in our lush garden to snap pictures, I set out to my spot once again, curiosity nipping at my heels and hastening my steps. Lightning rarely struck twice but I wanted to get rid of the strange expectant feeling. I sat on a rock closer to the bank and, within a few moments, was jolted by the sound of an unexpected clanking. There was something metallic shining on a half rotten wooden box. I prepared to grasp it just like the stone yesterday but to my utmost shock, the box washed up on the banks next to it on its own, completely disrupting its own flow. Within a blink, the flow reset. I prodded the box, feeling a dam of fear and confusion.

There were always odd objects in the river Indus, but this box seemed to be decades old, if not centuries. I ran my fingertips along a raised patch at the base of the box. I gasped. It was Arabic. It was only a name, a name that made my face drain of blood and my eyes widen. “Saif Ul Malook.”

Having grown up with the captivating legend of the Egyptian prince Saif Ul Malook who journeyed to Pakistan to find a fairy queen and free her from the captivity of the giant Deo Safaid, I was completely dumbfounded. Could the legend have had a kernel of truth after all? The stars winking in the sky made me rise numbly and head back to my room after saying an absent greeting to my parents. I opened the box with quivering hands. Inside was a folded checkerboard. I shook the chessboard and gaped when a few strange shapes fell out and littered the stone floor. They were all carved crudely from black stone and were faceless. Seven of the figures had wings, one had a sword and the last one was slightly larger than the others.

There was also a yellowed scroll in the bottom of the box. Being fluent in Arabic, I quickly scanned the text. “Drop the teardrop of my fairy queen in his lake of sorrow. Or else, he will come.” I shuddered. Deo Safaid, the giant, had been so anguished by the loss of his great love, the fairy queen to Saiful Malook that he had gone up to the Deosai Plains, all the while crying. It formed Ansoo Lake, about two hundred kilometres from here. That would have been referenced to by ‘lake of sorrow’. But then where was the tear of the fairy?  I racked my brain and looked at the chessboard once again. A few of the squares were slightly darker than the others. Was I meant to position the pieces correctly? I positioned six fairies together. One of them had a conspicuous crown, so I placed that one separately, with the armed Saiful Malook between her and the giant. I then waited; breath held. What was I supposed to do now?

There was suddenly a flash that made me scramble backwards in terror. The figures and the top part of the board magically vanished. I waited with bated breath as a vial with a single perfect pearl rose out. I gasped when it landed in my hand. There was another label, “The tear of my queen when she was in captivity. Her agony will trump Deo’s heartbreak and make sure his exile from the worldly domain is permanent.”

I almost dropped the vial and breathed hard. This was unbelievable, but something urged me to take this with extreme gravity. I rubbed a hand over my eyes. It seemed like it was time to have my first trip out of Skardu, all the way to Ansoo Lake.

Ansoo Lake took my breath away. The magnificent blue in the perfect teardrop shape was truly a sight. I turn with wide eyes to my brother. I had told him everything. Being older, he had wheedled his parents into allowing us a three-day trip, without telling them why. He was sceptical, but he knew how I would never willingly venture out of my comfort zone unless it was urgent. However, since he had told me all the stories, I could sense he was also intrigued.

He approached and whispered, “Did you know that a bridge in Hunza collapsed two nights ago? This rarely happens!” “Two nights ago? The night I found the pearl?” I ask, alarmed. My brother shrugged. I inhaled sharply. This was important. I shook out of my wonder and quickly dodged a couple of people near the lake. Just as I retrieved the pearl, a fearsome shudder threw me to the ground. People screamed as rocks on the mountains shuddered. “Earthquake!” yelled my brother, “Get down!” I shook my head fervently. The pearl suddenly slipped from my grasp. “The pearl!” I shouted. My brother bent to avoid a tumbling stone and kicked the pearl with all his might. Heart in my mouth, I watched it sail in the air and land in the lake with an unequivocal plop. For a second, there was stillness. The lake bubbled, hissed and stilled. The rumbling stopped and people caught relieved breaths. My brother pulled me up and we turned to stare at the innocently quiet lake. “Checkmate,” I exhaled, with a jubilant smile.

At home, there was no sign of the chessboard or purple stone. Indus yielded nothing else out of the ordinary. But my dreams were punctuated by the flap of wings, shaking mountains and the grunts of a fearsome entity best left to the imaginations of the tellers of legends.