Fulbright Scholars Head to the U.S. for Cutting-Edge Research | The USEFP Gazette
Select your Top Menu from wp menus

Fulbright Scholars Head to the U.S. for Cutting-Edge Research 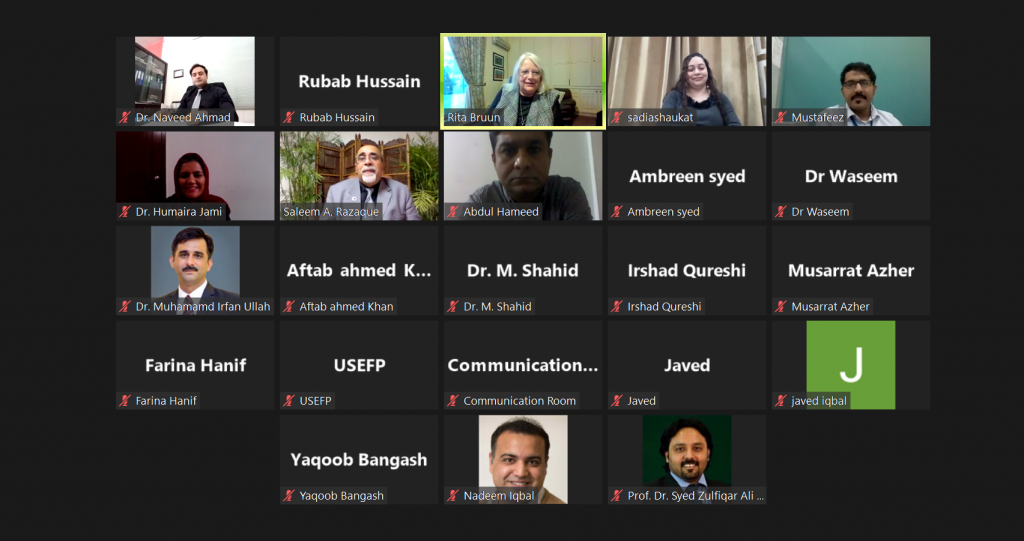 A snapshot from the virtual PDO for Fulbright Scholars.

“[This] program is not only highly competitive and an honor for those who receive it, but it also advances the academic and professional ties of American and Pakistani scholars and communities”, said the U.S. Embassy’s Deputy Cultural Attaché Phillip Assis at a virtual pre-orientation for the scholars hosted by USEFP in October 2021. “The United States Government is proud to sponsor this program and celebrate the many years of academic cooperation between our two countries.”

USEFP Executive Director Rita congratulated the scholars on their selection, noting that more than 425 potential scholars had applied.

“We are proud and happy that you will have the opportunity to share your knowledge and experience with American colleagues as well as bring back new experiences, both academic and cultural, to share with your students,” she said.

The 2021 Fulbright Scholar group includes professors in the fields of psychology, entomology, agriculture, finance, South Asian history, computer science, and biotechnology. They have been accepted as researchers at Harvard, Stanford, Johns Hopkins, and Purdue, among other prestigious universities.

The grant covers airfare, an incidental research allowance, a living stipend, and health insurance. Since the commencement of the program in 1950, over 400 scholars have embarked on the program. Their research has been published in leading journals. Moreover, 14 alumni currently serve as vice chancellors of leading public and private universities across Pakistan.