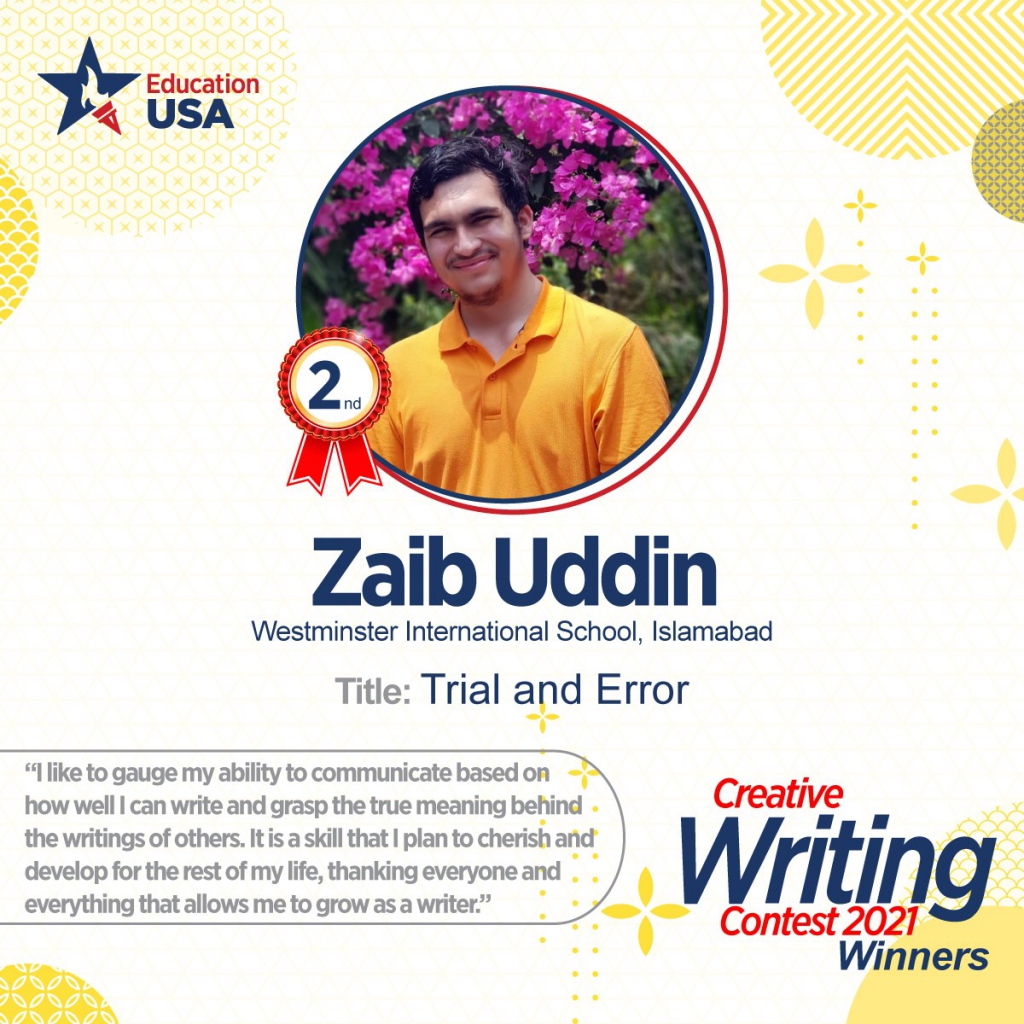 “Now initiating Trial Number 7.”, I spoke into a recorder on the side of the console. Every single one of the twelve individuals around me froze after I pressed the button, still as statues as they sat bound by tight restraints in white chairs, arranged in a circle around the rectangular blue console where I stood. As I pressed another button on the side of the consoles cold metallic face, a smaller blue one among a sea of identical colored buttons, the previously frozen bodies, six male and six female, slowly began to breathe, relaxing as they sunk back into their chairs. I waited until all the subjects regained consciousness, unique in their heights, figures and facial features yet donning similar white buttoned shirts and trousers, only taking a few seconds upon waking to go from dazed and confused to frantically panting and struggling against their restraints in a frenzy. Another button on the console was pressed to amplify my voice as I addressed them all.

“Attention! Please, I understand that you are all alarmed by the current situation, but I assure you all that you have nothing to fear,” boomed the speakers on the side of the console as I spoke, my voice bouncing of the dull gray walls and ceiling of the expansive room where my captive audience and I resided. “My name is Professor Drei, and you are all here as volunteers who have all agreed to be a part of something truly extraordinary. The restraints-,”, “Why are we bound?! Whoever you are please j-just let me go, don’t hurt me! Wh-whatever you want I’ll give you so please!!!,” shrieked a particularly frightened individual, his long, mangy orange hair sporadically dancing as he shook his head around in a frenzy, desperately trying to wriggle out of his harnesses, only succeeding in panicking others. ‘Lovely, they are already starting to panic’, I thought.

“Please, remain calm, as I was saying the restraints are a necessary precaution to ensure that none of you hurt yourselves or…,” I slightly trailed of as I glanced at the still agitated orange haired listener, staring at me with wide eyes, still unsure if he could trust anything I said,” …do anything we all may regret later. Once again, this reaction is not only understandable, but predicted, by yourselves even. After all…”, I glanced at their confused and uneasy faces, murmuring incoherent pleas of help and questions to each other,” … having your memory wiped can be a precarious situation.”

I waited to be overtaken by a barrage of questions, but no. I was pleasantly surprised to find the audience shocked silent, or so it seemed until they all slowly started asking the typical,” what do you mean”-”is this for real”-” please tell me what is actually happening….”. I went on,” I know this may be hard to fathom, but you may believe me if you try to answer two questions. Ready? Okay, firstly, who discovered America?”. I applauded the first to speak, a miniscule, timid woman, her voice shakingly offering,” Ch-Christopher Columbus?”. “YES, Well done!”, I hollered at the top of my lungs, “Now just one more question, then you may realize what I am getting at. Can anyone tell me what their first name is?”. They all looked so taken aback by this question that I just had to add, “Come now, don’t be shy, names please.”. As some opened their mouths to answer, left gaping open-mouthed waiting for something, anything to come, others were quicker to realize the problem, shock and disbelief seeping out of their faces. How can you face a question when you cannot find the answer?

“I think you will be more likely to accept what I have to say now that you realize that you cannot remember your names, aside from some common knowledge such as what year it is or skills you have learned from school or home, personal information like date or place of birth, family or anything that tells you who you really are will not be something you can recall. Quite simply, that is because I and the rest of the Daybreaker foundation have made a breakthrough in memory suppression technology, and you all are one of the first-”,” You erased our memories!?”, snapped the ever-intrusive mophead, foaming at the mouth as his violent outburst shook the chair and strained his bindings, “Are you really saying you just wiped us clean!? I’ve had enough of-”, “For God’s sake, will you listen for once Reginald? I said memory suppression, not erasure. I promise that you will all get your precious memories back.”, I snapped back, tired of being interrupted. “But I must remind you it will only be after the experiment’s completion, since you may also have forgotten this was something you all voluntarily agreed and signed to be in. Two of you even paid two million dollars each to join the trial so don’t start fussing because, as you may soon remember, we do not offer refunds.”

I could see a grim mask of acceptance forming on their faces. Whether what I said was true or not, they all understood that no-one was leaving until I allowed it. “So”, I said after a long pause,” why don’t we get started?”. At first, I asked relatively standard questions, what types of food they knew, movies they liked, book series they have heard of and so on. Most took a while to check just how much they knew, taking my advice to close their eyes and wait for a natural response to the question. Even the orange mophead was compliant, even more so when I revealed they were to use these answers to figure out what kind of person they were, their preferences, where they came from. Most of them started to relax, nearly enjoying the experience, believing that this was all the experiment was for, a petty question answer session. Well, they would find out soon enough.

After a few more minutes of questioning interspersed with occasional jokes and witty remarks the mood had considerably lightened. Ecstatic about learning more about themselves, having recalled their names by now, with the assurance they were part of a harmless experiment that would revolutionize neural technology, most were very chatty and excited, ready to go home after this session would end. I understood that now was the time. “Great news everyone, just one more question and you will be free to go! Ready? Okay!”, the smile and friendly demeanor on my face instantly evaporated, replaced by a cold and distanced expression. “Which one of you murdered Janus Corper?”, I asked so bluntly that no one knew how to respond. A few started to nervously chuckle, hoping this was a joke, only to be silenced by my harsh glare. “No one? Come on, you all remember enough of your lives, you should at least remember the ones you took!”, I yelled, turning to parse their faces for any reaction. I stopped to look at the haunted guise of Reginald Hetfelt, the orange mophead, sweating profusely and more alarmed than anyone else. “Or maybe the culprit just needs some help jogging their memory, wouldn’t you say Reggy?”.

“I-I did … not! I wouldn’t! I would never- “, Reginald stammered, not sure how to respond to being accused of murder, especially when he was shocked to discover he did faintly remember the name Janus Corper. I impatiently yelled, “Really? Even with all the memories you recovered, you still want to deny it? 14th March, you had a fight, lost your temper and strangled him to death! Just confess, or I swear, I will wipe you clean just to remind you how horrible of a person you really are.”. He said nothing, the others in the room to horrified by the claims to intervene, yet the tears rolling down his face and the shaking of his head said it all. My demeanor instantly shifted back to its usual bland, bored one. I spoke into a microphone on the side of the console, “Test successful. Subject has generated false memories due to suggestive questioning and selective erasure implementation.”. Right as all eyes were on me, ready to demand an explanation for what I was really doing, how many layers of lies I hid behind and so on, I monotonously stated without facing them,” I’d give you all an apology, or at least an explanation, but it’s not like you would remember it.”, as I reached for my console with a speed that blurred my hand.

I waited a solid minute after they all went unconscious, then said to a recorder on my console, “Now initiating Trial Number 8.” I pressed the small blue button, reanimating them all, and took it from the top.