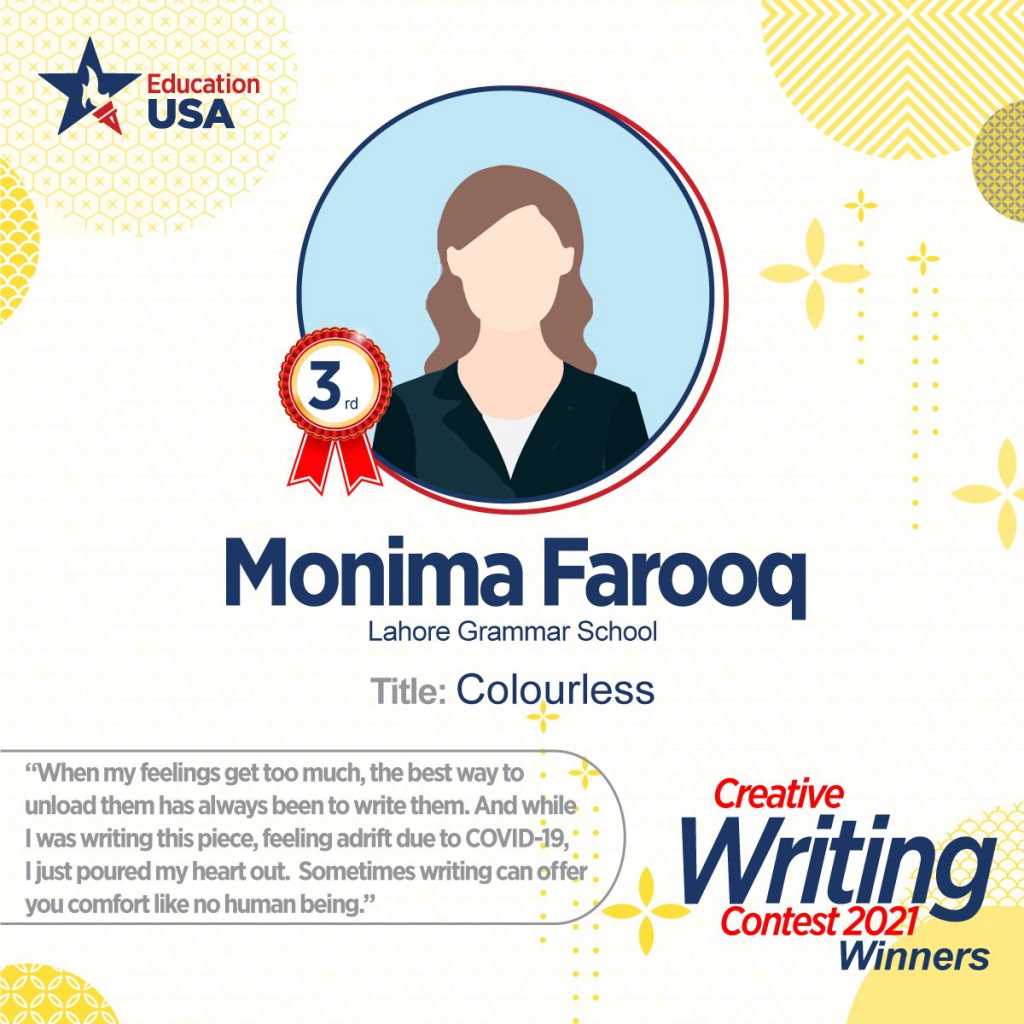 The Red button. When did we start associating colors with feelings? How did red end up as an indicator of danger? The cruel irony of love and danger being associated with the same color was not lost on me moments after I finally pressed that tempting button. They’d only lose the last ninety minutes of their life, and they’d fare off far better for it. Fare off far better than me at least. Walking out of that room, those heinous memories would stay with me forever, and they would only be my heavy burden to carry for the rest of my existence.

As I stepped out of the building and waited for the valet to get my car, I wondered how I could stand here in the middle of the bustling city like I hadn’t just brutally tortured four people barely fifteen minutes ago. I wanted to scream and shout at the blissfully ignorant people passing by me. ‘DO YOU NOT SEE THE BLOOD ON MY HANDS? DO YOU NOT HEAR THE SCREAMS IN MY HEAD?’ How could they go about their lives, how could they smile and laugh their hearts out? How could I be so insignificant, so small?  Sometimes I wondered how I got here. How I became someone, nay, something, I couldn’t recognize. But deep down in my cold, dark, heart I knew how I got here. I knew I had no choice getting here. I knew I was stuck here. But still every day as my head fell on my pillow, I dreamt. I dreamt of being free, I dreamt of leaving my mark on this world, I dreamt of the relentless deep blue sea in front of me and the magnificent ever looming mountains behind me, but most importantly I dreamt of the one emotion I had never, and would never experience; love. Love, which seems to be such a familiar word, but that was just what it was, a distant word. Before I went down the same road of intrusive thoughts again, my exquisite car, the only thing that was truly only mine, came and stopped right in front of me.

My car. That gorgeous red beauty that brought me more joy and comfort than almost any human being. My car, my sanctuary. I sat down in the familiar comfort of my seat, and turned on the second thing that brought me comfort after a night like this; the familiar sound of opera. Without the soothing melodramatic Italian verses, I would never have made it this far. Get in my car, turn on the opera, drink some ice cold water, have a chocolate bar and drive until the sun came up. Every time. Every single time after a night… like this, I had to do this. Had to follow this ritual, otherwise I’d end up losing the only part of myself I loved. I sent my owner the information I had gathered today and went on a journey to nowhere until sunrise. A journey that allowed me to be someone else. A journey filled with unattainable dreams. Maybe one day the fire inside of me would be extinguished and I would no longer dwell on what could’ve been, but today was not that day. Today, I would nurture that fire, grow it until it became all consuming. Until it burned me and everyone around who made me become this… monster, I didn’t recognize.

Five hours later, I finally reached the house I was given. The house which would never become a home, which would never be mine. And slept, slept until I got a phone call from my owner. My cruel, cruel owner, who lived his life blissfully, away from the screams and the blood he subjected me to. I was to do another job today, one that was a bit different from the other jobs I had been given.

I was to end someone’s life today.

So easy to take away from someone.

So easy for it to become a jail for some.

I was shaking after the call ended. Torturing someone and then taking away that painful memory was one thing, ending someone’s journey was another. Suddenly I couldn’t breathe. Couldn’t think. What was I supposed to do? I staggered to my car and turned on those reassuring Italian lyrics again. But they were of no use. I was already too late, the tears streaming out before I could stop them. I had only cried twice before. Before and after my first job. Crying was the only emotion that allowed me to feel like a human. But my uncaring job would not allow me to be a human. So I wiped those tears, opened the suitcase on my left and left to do my job.

One single pull of the trigger and the eyes in front of me became blank. Became soulless. It was that easy. But that last look of horror and fear in those eyes would always remain with me, and one day might eat my heart. That guilt would haunt me for the rest of my life.

So I took control of my life for the first time.

I pressed the red button, and forgot that dreaded last look.