Pakistani Global UGRAD students prepare for semester in the U.S. | The USEFP Gazette
Select your Top Menu from wp menus

Pakistani Global UGRAD students prepare for semester in the U.S.

In July, USEFP hosted a pre-departure orientation (PDO) for 144 undergraduate Pakistani students selected for the U.S. government-funded Global Undergraduate Exchange Program (Global UGRAD). The PDO celebrated the students for their achievements and shared helpful information to prepare them for academic and cultural exchange life in the U.S. The students were also briefed on ways they could build their leadership and community engagement skills during the program by participating in various trainings and workshops.

The Global UGRAD Program is a semester-long scholarship awarded to outstanding undergraduate students for non-degree, full-time study combined with community service, professional development, and cultural enrichment. It is an initiative of the Bureau of Educational and Cultural Affairs (ECA) of the United States Department of State. The program is administered by the United States Educational Foundation in Pakistan (USEFP) in Pakistan and the International Research & Exchanges Board (IREX) in the United States. 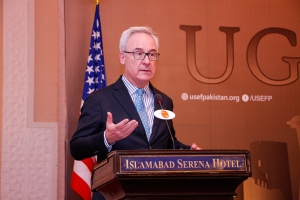 Christopher Fitzgerald, Acting Deputy Chief of Mission, spoke to the grantees at the PDO

“The United States has a long tradition of embracing international students. I am confident you will represent your nation with honor,” said Christopher Fitzgerald, Acting Deputy Chief of Mission, who was the guest of honor at the event. “When you come home to Pakistan, I know you will become leaders in your own communities and bring what you learned in the United States to those around you.”

The International Research & Exchanges Board (IREX) Senior Project Director, Michael Dyer and Senior Program Officer, Robin Lathorpe also addressed the future leaders and shared the importance of being cultural ambassadors for Pakistan in the United States.

Each year the PDO features alumni whose lives have been transformed as a result of their exchange experience. Ujala Bashir, a spring 2018 global UGRAD alumna, who exemplifies the success of the program, shared how the community service experience at HAVEN in Bozeman, Montana, inspired her to develop a crisis center for domestic violence survivors in Pakistan. “My greatest accomplishment was when a survivor I coached on the phone contacted HAVEN to tell me that I had saved her life,” said Ujala. 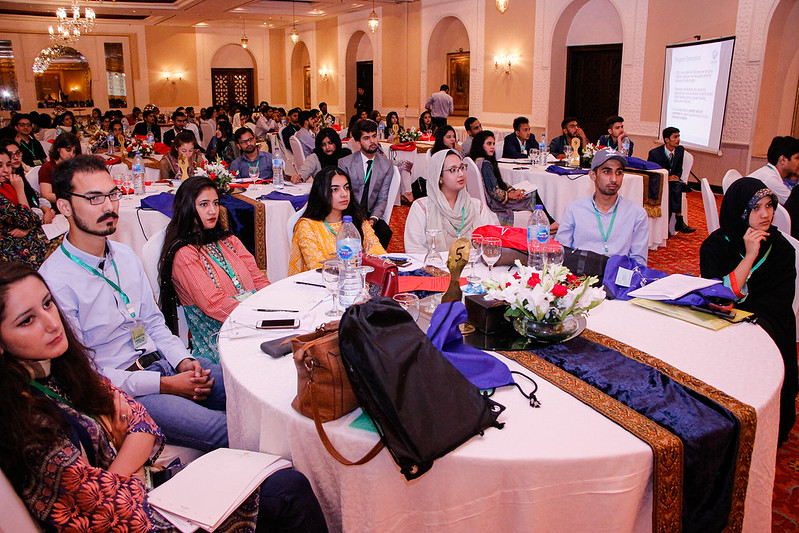 “The group of students here today represent the best of Pakistan,” said the United States Educational Foundation in Pakistan Executive Director, Rita Akhtar. “They are selected on merit from thousands of applicants from every part of this country: from Tharparkur to Hunza, from Gwadar to Swat.”

Starting from September, the participants of the PDO will take undergraduate classes at leading U.S. colleges and universities and attend service-learning programs and professional development workshops as part of their academic and cultural immersion in the United States.

Since the Global UGRAD Program launched in 2010, approximately 1,850 Pakistani students have received one-semester scholarships to study in the United States. The 2020 Global UGRAD Program for Pakistan is now open for applications. To find out more about the eligibility criteria, application procedure, and deadline, visit here.