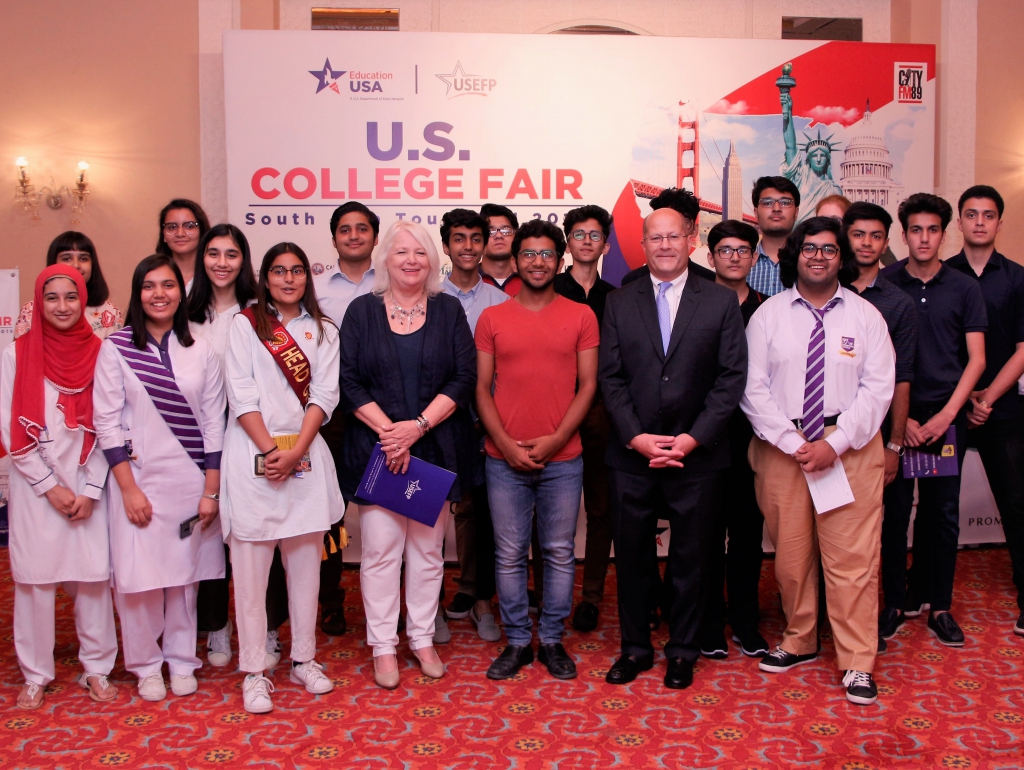 U.S. Embassy Deputy Chief of Mission John Hoover at the College Fair in Islamabad with students of the Opportunity Fund and Competitive College Club

Twice each year, EducationUSA invites U.S. colleges and universities to participate in its South Asia Tour. This fall marked the 15th edition of the tour, with 25 participating higher education institutions from across the U.S., including several repeat visitors.

“This was my first visit to Pakistan, and I couldn’t have asked for a better experience,” raved Saint Louis University representative Tim Hercules. “The school visits and fairs were well attended and organized. Having planned events in a past life, I know the amount of work that goes into this. Thank you again for making us all feel so welcomed!” 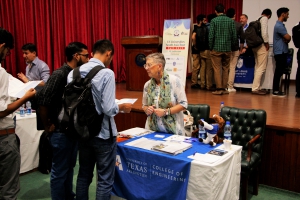 The South Asia Tour promotes dialogue between the visiting U.S. representatives and the Pakistani students they meet during College Fairs and school and university visits. In between official events, representatives are encouraged to get a taste of Pakistani culture – whether literally, by digging into local delicacies followed by endless cups of chai, or figuratively, through visits to the ancient ruins of Taxila on the outskirts of Islamabad, the imposing Badshahi Mosque in the heart of Lahore’s Walled City, or the famed lowering of flags ceremony at the Wagah Border between Pakistan and India.

The tour began at full force in Islamabad, with a College Fair attended by 800 students, counselors and parents. A special visit was made by U.S. Embassy Deputy Chief of Mission John Hoover, who met with Competitive College Club and Opportunity Funds cohort students ahead of the fair’s opening to the general public. Country Cultural Affairs Officer Lisa Swenarski also attended the fair. Visits to schools and universities around Islamabad and Rawalpindi reached nearly 3,000 students. 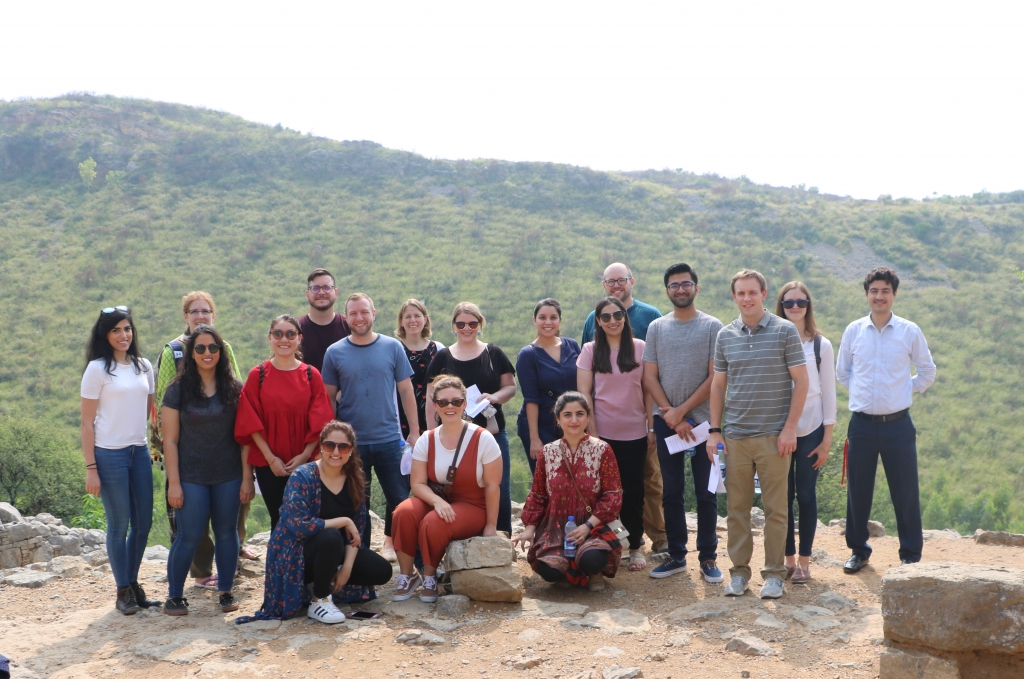 After spending three days in Islamabad, the representatives travelled to Lahore, where the city’s largest College Fair to date – with 781 in attendance – awaited. Among the attendees were Consul General Catherine Rodriguez and Public Affairs Officer Jared Yancey. While in Lahore, representatives met with nearly 1,000 students during school and university outreach.

Karachi was the final stop on a packed South Asia Tour. The College Fair drew 450 visitors, while school and university visits reached more than 3,100 students.

“We had a great tour!” said Manager – Fulbright Outreach & EducationUSA Advising, Katherine Aziz. “The U.S. college and university representatives were impressed by the quantity and quality of students they met. We hope that they see an increase in bright, talented Pakistani students on their campuses as a result of this tour. There is so much untapped potential in Pakistan. We look forward to more and more universities attending this tour to experience it for themselves.” 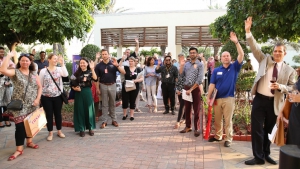 U.S. college reps at the reverse college fair which took place at the U.S. Consulate, Karachi

In a twist on the now-classic college fair format, during networking events for high school counselors, the onus was put on counselors to impress the representatives with informational booths and snapshots of their student bodies. The Reverse College Fair was an inaugural event for the South Asia Tour, and provided a novel platform for the counselors and visiting representatives to get to know each other. In Karachi, the event was hosted by Consul General Rob Silberstein at his residence.

Preparations will soon be underway for the 16th South Asia Tour, scheduled for February 2020.

The next South Asia Tour will take place in February 2020. Make sure you’re registered here to ensure you’re among the first to hear about the next College Fair.