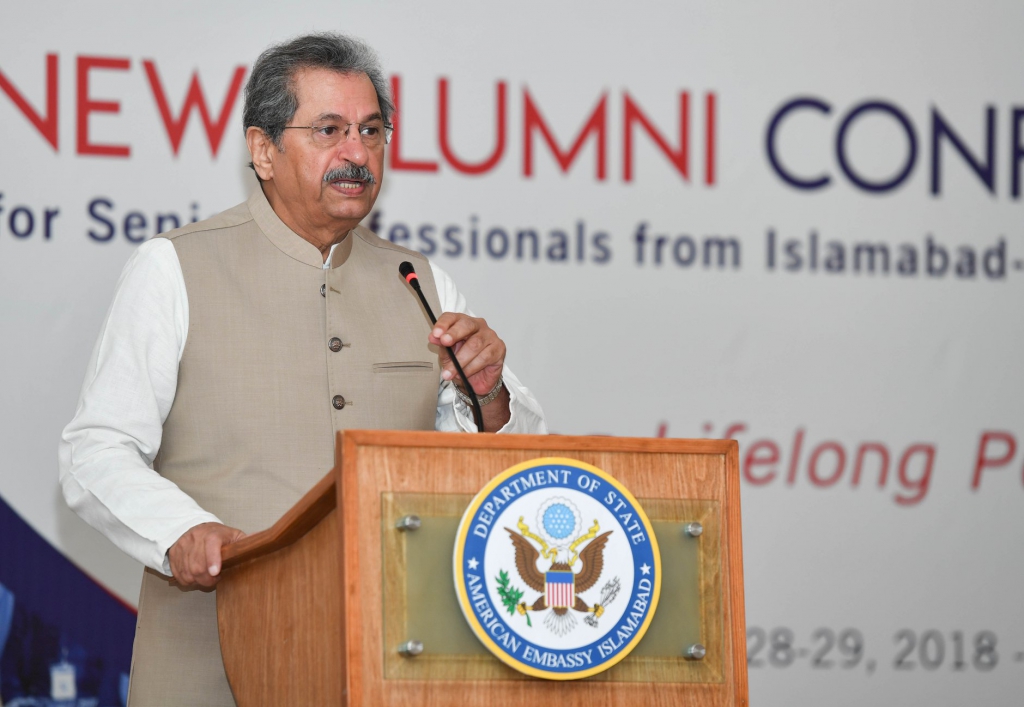 USEFP is proud to announce that the first Hubert H. Humphrey program alumnus from Pakistan, Shafqat Mahmood, has been appointed Federal Minister under the current government in Pakistan. Mahmood is a 1980 Hubert H. Humphrey Fellow, who completed his fellowship from Harvard University in Public Administration. He holds a second master’s in Public Policy and Administration from the University of Southern California (USC).

Shafqat Mahmood is a Pakistani politician and former career civil servant. He is currently serving as the Federal Minister for Federal Education and Professional Training, and Federal Minister for National History and Literary Heritage. During his civil service career from 1978 to 1990, he served at posts including Assistant Commissioner in Murree and Pakpattan, Deputy Commissioner in Gujranwala and D.G. Khan, Additional Commissioner Afghan Refugees Organization, Secretary Finance in Punjab, and Joint Secretary at the Prime Minister’s Secretariat.

Since joining politics in 1990, Shafqat Mahmood has held several political posts as a member of the Senate from 1994 to 2000, and as a caretaker Federal Minister. He has also served as a member of several Senate Standing Committees including Cabinet Affairs, Establishment and Management Services, Defense, Defense Production, Aviation, and Foreign Affairs. He joined the Pakistan Tehreek-e-Insaaf in 2011, prior to which he had been associated with the Pakistan People’s Party beginning in the early nineties.