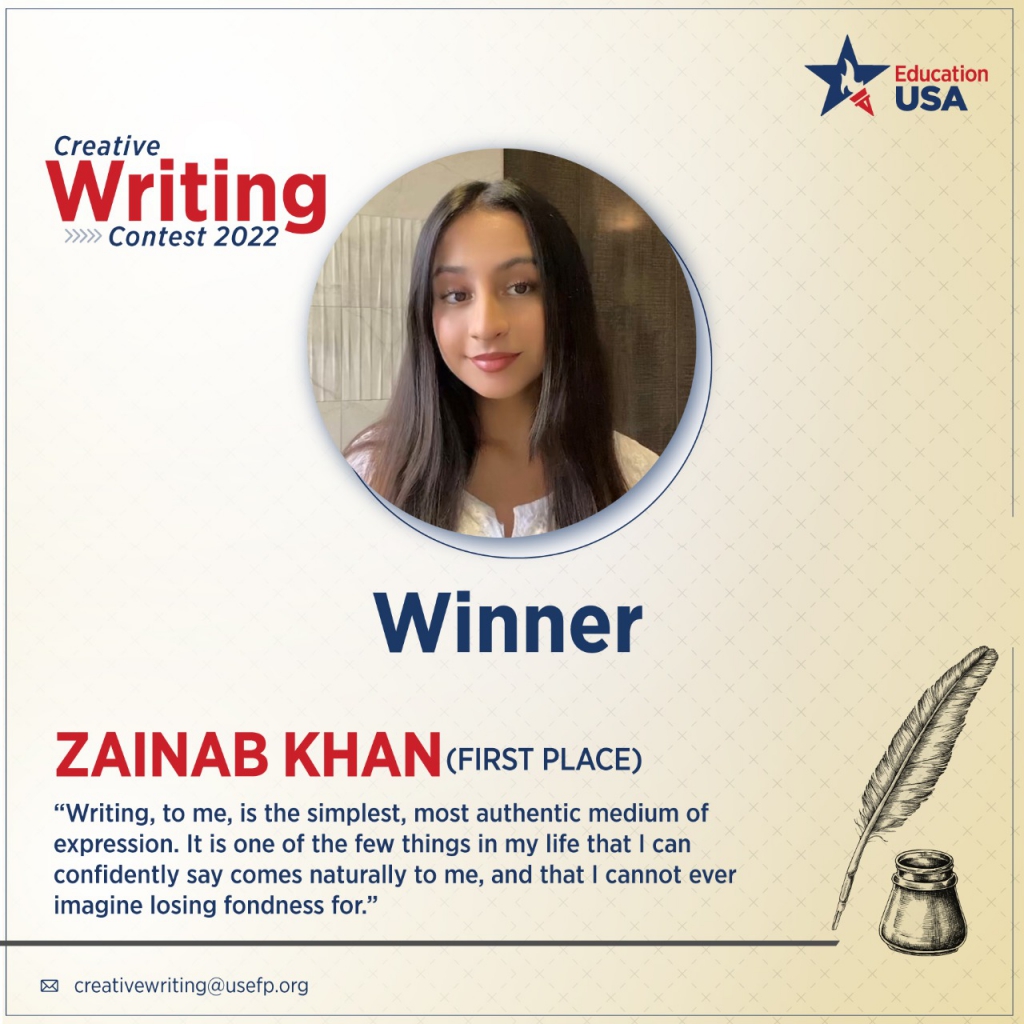 I was fifteen. A child at heart, but mature in body, as I’d been told by the swarms of village women who stopped by our home all too often, to offer condolences for the passing of my mother. They always arrived armed with grand garlands of roses, large, earthenware pots filled to the brim with sweet milk-tea, and fountains of bitter tears as they whispered soft Du’aas (prayers) for the departed soul.

And in the midst of all of this, they would look at me and flash knowing smiles, passing comments about how I am now old enough to be wedded. Fifteen is a good age to start looking for a husband, said one, and while my face painted a picture of sheepishness, my insides positively fluttered at the prospect. Textbooks and novels never seemed to amuse me in the way they had my friends; the words on the page droning on incessantly were a mere recipe for a migraine. The truth was just this: I had wanted nothing more than to present my bare hand to a suitor, soon to be adorned with every imaginable hue of red. I believed I was more suited to a life at home, to spoil and to be spoiled. A life just like the one my mother had.

I was a regular visitor to the vast back garden of our otherwise unassuming home. Sometimes, I would go to sweep the mud floor or to tend to the marigolds my mother had planted just before she had passed. She had a special fondness for them, and secretly purchased a book on gardening which, in the daytime, served only to keep the dust under her bed company. But at night, its pages were illuminated by the pale moonlight, and she would read for hours on end – a habit which, to her annoyance, did not pass down to me. She would struggle to turn the pages quietly – I once saw her shudder when she heard the heavy thuds of my father’s footsteps in the dead of the night.

Today, the village women were particularly emotional. Their wails grew more intense with each passing hour, an aching reminder of the woman from whom I had inherited just about everything, from my hooked nose to the coarse skin of my palms, to my tenderness and my love for the marigolds. Just about everything. Except my name, I suppose – the only thing worth mentioning that I received from my father – which would soon be gone once I am betrothed to another.

Today, to escape the memories of her that poured down on me harder than the monsoon rains, I took off towards my safe haven, the back garden. My knees gave way to the earth. I did not cry. I felt a surge of guilt pulse through my body as I realised that my eyes had now failed to produce tears. Shaking the thought, I fixed my gaze on the red-yellow marigolds – nearly in full bloom now – hoping that if I stared hard enough, I could somehow be someone else, somewhere else, far from here.

And that is exactly what happened.

When I was little, Maa used to read me compelling tales about fantastical creatures, myths and legends, alternate dimensions, and everything in between. I remember the way her eyes would light up when I begged her to read just one more. But my father was less keen. He once overheard us, saw me cradled in her arms, her fingers clasped around the pages of the book. I remember that his breath was hot, and smelled of cheap alcohol, as he raged about how Maa was filling my head with ‘nonsense’, snapping at her to ‘come back to the real world’. Since that day, she did not dare read to me again, and my fascination with the books came to an untimely end.

But now, as I scrambled to stand upright, I found that there was truth to those seemingly absurd tales my Maa had read to me. I was no longer in the back garden of my childhood home, no longer in the tiny village on the outskirts of Lahore. The marigolds, I thought to myself in utter disbelief, the marigolds have taken me away. This was a place cloaked from all around in a dream-like golden haze, a place that felt unfamiliar and familiar all at once.

And that was when I saw her.

A girl that looked no older than I am now, ducking under a grimey stairwell with a book heavier than her delicate bones could hold. The hooked nose. Skin the colour of fragrant, clean earth. The twinkle in her eye. A single marigold perched atop her ear, nestling soundly within her the strands of her hair. My Maa.

Hot tears prickled at the back of my eyes. I reached out with both hands, grabbing at her desperately, but she continued to read under her breath, a soft smile tugging at the corners of her lips. I cried harder as I felt my heart sink to my stomach. She doesn’t know I’m here.

But within moments the words and letters on the page of her book rearranged themselves into a string of new words – words that read congratulations and you have been accepted and we are excited to see you on campus this fall. This time, though, Maa was not alone. Against her better judgment, overjoyed and breathless, she rushed to tell her parents that she made it, she was going to be the first girl from their family to attend college. But her father did not smile. He did not pull her in for a warm embrace and he did not gently smooth down the hair at the crown of her head. Instead, his expression hardened. And the deafening silence that ensued was eventually punctuated by a cold, hard ‘No.’

The indistinct yells of a row between father and daughter were then drowned out by a new kind of noise. A pleasant noise. I could hear the village women vocalising in harmony, singing an old folk song traditionally sung by girlfriends of the bride at her wedding. And Maa was smiling, but not too wide, brides aren’t supposed to look too happy, got it? She did get it. It did not take much for her to feign a sad, sullen face that day. She could not even bring herself to pretend to like her henna, an intricate pattern of flowers and motifs running down the entire lengths of her arms, down to her fingernails. The marigolds sat at her feet, their petals grazing against her skin, and it briefly crossed her mind that it looked as though the flowers were trying to comfort her.

The dark red henna that left a stunning imprint on her olive skin, like everything else, began to contort into a more sinister shade of red, one that resembled the ooze of fresh blood from a deep gash. Shards of a shattered glass bottle littered the floor in a haphazard manner. Maa nursed her injured arm, averting her eyes from the drunken ones of her husband. She asked herself whether it was her broken wrist or her heart that ached more. It was probably her heart.

Then I saw her for the very last time. She looked slightly pale, but more radiant than ever before. A lush garland consisting of roses and marigolds in an alternate fashion – pink, yellow, pink, yellow – hung from her neck and extended down to her waist. She still had that twinkle in her eyes, but I knew her better than that.

‘Beti,’ (daughter), she beckoned for me to come closer, and with one step, I collapsed in her arms.

‘Beti, listen to me. My fate is the fate of thousands of girls in this country. I, just like them, was naive enough to be deceived into the idea that a man, a husband, could help my dreams materialise. I was infatuated with the idea of choosing my destiny for myself. I wanted to read, to study, to create a life of my own. I wanted to be free,’ she stopped to give me a watery grin, then continued, ‘but the men in my life did not permit it. You see, in this society, it is only men who are truly free. Free to live, to love, to break away.’ I met her gaze, and for the first time, I understood.

And with that, Maa faded into nothingness.

The petals at my feet shrivelled, then withered away.