Alumni Events & Outreach In Their Own Words 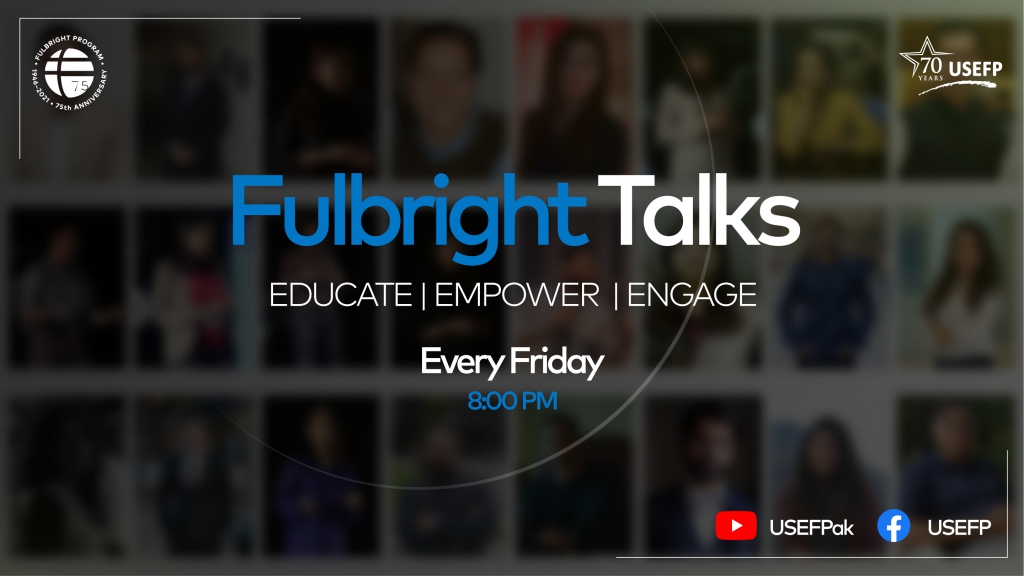 This quarter saw the launch of the second season of Fulbright Talks, featuring 21 Fulbrighters who discussed various issues important to Pakistan’s socio-economic development. The speakers were selected for their immense contributions in their professional fields.

Some of the topics showcased this season were:

The talks feature weekly on USEFP’s Facebook page and Youtube channel every Friday at 8:00 pm PST. This season will wrap up on November 21. 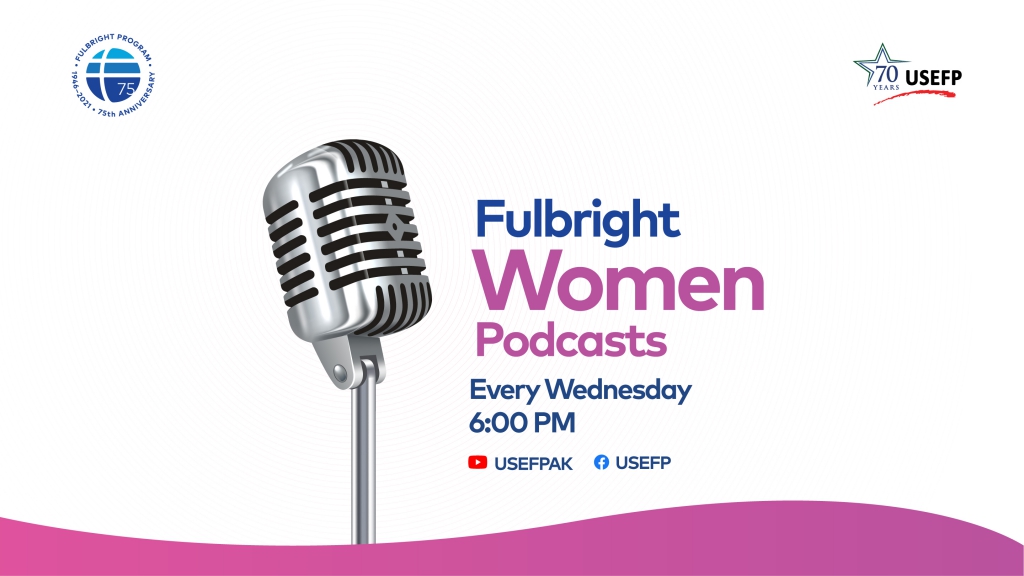 The series is hosted and produced by Fulbright alumna Safya Usmani. It gives Fulbright women a national platform to celebrate their immense professional achievements and share important, meaningful conversations on gender and identity.

This quarter, the USEFP team, assisted by EducationUSA advisers, initiated and implemented an extensive outreach program for the ...