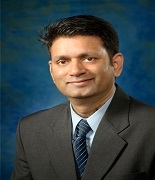 USEFP would like to congratulate Dr. Muhammad Ashfaq Ahmed, an Inland Revenue Service officer and Hubert H. Humphrey Fellow, for his induction as chairman of the Federal Board of Revenue (FBR).

A keen learner, Dr. Ahmed went to the University of Washington in 2010 on a Humphrey Fellowship to further deepen his knowledge of political economy. He also holds a Master’s in English from the University of Punjab, an MS in Policy Analysis from Saitama University, Japan, and a PhD in Political Economy from the Quaid-e-Azam University, Islamabad.

Aside from the Humphrey Fellowship, he has also been awarded the World Bank Fellowship (1998-2000), the Fulbright scholarship (2003-2004) and the Charles Wallace Fellowship (2009-2010). His research interests include the political economy of international taxation, tax reforms, the state’s extractive system, state autonomy, state building, state capacity, and governance.

We spoke to Dr. Nudrat Piracha, a promising young lawyer who has been making waves recently, about her ...