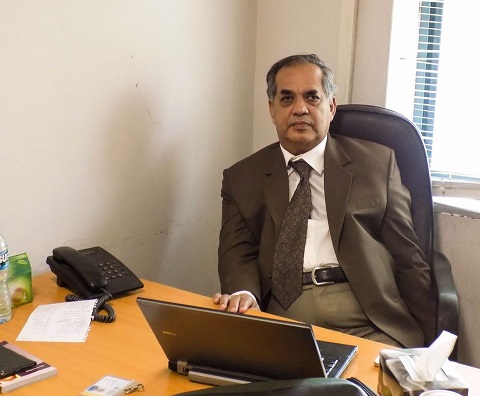 The poem is in remembrance of Dr. Kamal Ud Din who passed away earlier this year.

Because “the seeing” eyes “see” very “little,”
his inward eye could see it all,
and like Milton, Keller, Beethoven* he made,
look big, the smallest of small.
Where no one dared, he glided smooth,
in every ‘clave of blessed souls,
to track the strangest, untrodden paths
that ever were his standard goals.
Visions, he carried, sacred like books,
and missions above all faiths,
and by more than love he served others*,
who wouldn’t know, what swathes?

Here, I sit now, with tearful eyes,
spilling out my dismal heart,
and like a decades-old family friend
recall some soothing part.

We jogged together the Forman’s air,
and ran the Forman sway,
and travelled Fulbright routes together,
to live their virtuous way.
Gone is he, but for a cause so great,
that even humbling in the high
he deems fancy’s language lit.,
through the reveries deep they sly.
And mentors we shared, and passions and dreams,
and posts, positions, and academies too,
but for imagining in us some skill that would,
translate abilities, just for you.
Jolly were we, for our pun braced fun,
when our chatting logy around, abound,
our debates to roll and roll ahead,
for rowing round and round.
Symphonic, choral, chording contents,
that nurtured a copious contest,
such were our joyful converse,
that synced our zeal with zest!

Like a Keller, would he challenge take,
and classic would he play,
the game of mirth and murk alike,
by night or by day.

An epic worthy, shall he remain,
for Paradise is his grace,
and in time, while people come and go,
live those who leave a trace…
He leaves inspired, the youth and all,
but special for the special stay,
they wonder the joy of beauty he shares,
to miss him, and to pray…
Rest in Peace, but rest assure,
we follow your suit to walk your walk,
revive journeys, enlighten abodes,
water your saps to talk your talk.

* Waseem Anwar is Professor of English (Former Dean and Head) at Forman Christian College University (FCCU), Lahore, Pakistan.  He graduated from Indiana University of Pennsylvania (IUP), PA, USA in 2001 as a Fulbright Fellow and was also a Fulbright Visiting Scholar at Duke University, Durham, NC, USA in 2008.

* References in the poem are made to the following.  John Milton (1608-1674), the famous 17th Century English poet, creator of “Paradise Lost” and “Paradise Regained,” who went blind in his later years but could compose poems, unprecedented in the field of literature.  Hellen Keller (1880-1968), the famous 20th Century American author and a disability rights activist, who herself overcame the handicaps of blindness and deafness, and in her famous essay “Three Days to See” states very wittily and confidently, “Only the deaf appreciate hearing, only the blind realize the manifold blessing that lie in sight,” arguing further: “…for long I became convinced that the seeing see little.”  Ludwig van Beethoven (1770-1827), 19th Century German pianist of the Romantic era, who was visually challenged in his later years but retained his inward vision to compose unmatchable symphonies, chamber music and piano trios, concertos and sonatas.  These references are made because the subject of the poem “Trace,” and my decades old colleague and close associate for almost forty years, Dr. Kamal ud Din, Professor and Former Head of the Department of English Language and Literature at FCCU, Lahore, Pakistan, a committed Formanite, lived up to the values of accomplishing exceptional tasks with excellence!  He was stricken with meningitis in his adolescence, lost his eyesight, but did not give up on his aims, and achieved his PhD as a Fulbright Fellow from IUP, which is also my alma mater.  One of our common Fulbright mentors, Dr. Marcus A. J. Smith of Loyola University, New Orleans, Louisiana, USA, who is a retired professor now, came to the University of Punjab, Lahore in 1993-1994 to teach American Literature.  Dr. Smith has been very instrumental in our training, but of Dr. Kamal especially.  Dr. Kamal finished his PhD in record three years, 2005-2008, and came back to serve his nation and community with enthusiasm.  His PhD research was on African American women poets and their struggles.  Dr. Kamal passed away on 03 April 2021, and this poem is a humble tribute to honor Dr. Kamal’s courage to do, know and envision things with exemplary commitment and determination that stays a lesson for all of us, the so-called “seeing” ones.

* The FCCU motto is, “By love, serve one another.”