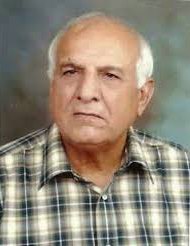 USEFP regrets to announce the recent passing of one of its esteemed alumni, Anwar Aziz Chaudhry. Mr. Chaudhry passed away in Lahore on November 22, 2020 after a sudden illness.

Mr. Chaudhry did his pre-doc in International Relations from the University of Michigan in 1955 and began active participation in politics in 1963. In 1973, he became a close associate of the then prime minister Zulfikar Ali Bhutto and was made a federal minister in his cabinet.

USEFP sends its deepest condolences to Mr. Chaudhry’s family, friends, and fellow alumni with whom he shared his Fulbright journey.