EducationUSA reprised its summer internship program this year, with four interns joining the team in its Islamabad and Lahore offices. Alezeh Mumtaz, Amna Tariq, Tanya Noon, and Noor ul Ain were all valued members of the advising offices during the summer, and assisted with or took the lead on various important events, most notably CampUSA and the annual Pre-Departure Orientation (PDO).

All interns must be enrolled in U.S. colleges or universities. This year, all four women had previous contact with USEFP, whether as former CampUSA participants, Competitive College Club students, or as attendees of a previous PDO.

As CampUSA leaders, interns shared their experiences of life on college, participated in conversations about college essays and financial aid, and generally acted as mentors to high school students interested in someday studying in the U.S. They also provided invaluable support to administrative tasks for the PDO, helping make those a success. 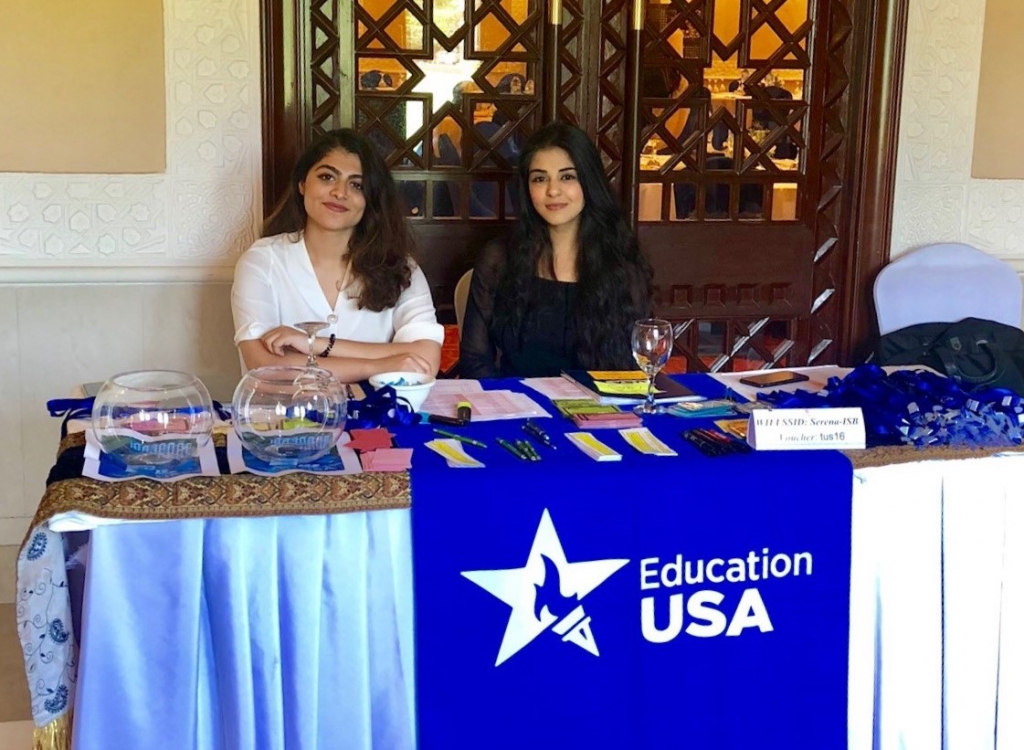 EdUSA’s summer interns Amna and Alezeh assisting the staff at an event.

In Islamabad, Amna, a junior at Roosevelt University in Chicago, and Alezeh, a sophomore at the University of Michigan – Ann Arbor, connected with students over icebreakers and conversations about mental health, homesickness, and finding a niche on campus. Amna and Alezeh briefly resumed their roles as members of the Islamabad advising team in late August, when they led an undergraduate “Back to School” event and shared their experiences of going through the U.S. college applications process, as well as tips for success for high school juniors and seniors.

Alezeh Mumtaz shared that the five-week internship proved to be immensely challenging and fruitful. “My favorite part of the entire internship was Camp USA. Being a participant back in 2015, it was incredibly refreshing to return to the program with a new set of eyes. We worked on creating icebreakers, leading presentations regarding life in the U.S., and forming a bond with the students to ensure that their time at the camp was as productive as possible.” According to Mumtaz, the internship provided a valuable opportunity for her to introspect, “I’m certain that this experience will continue helping me out in my future and help me streamline the process of what I ultimately want to do with my life.” 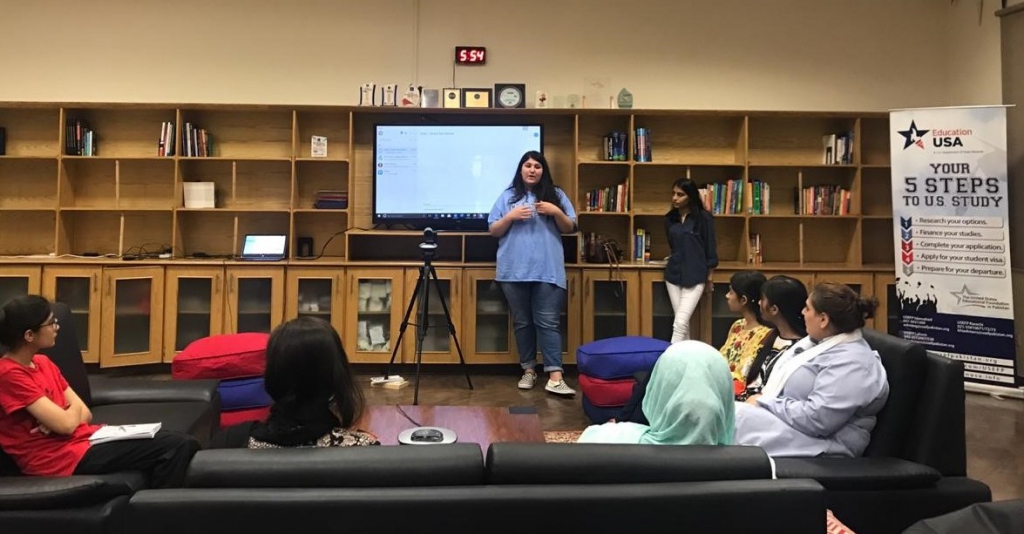 In Lahore, Tanya, a sophomore at Bryn Mawr College, and Noor, a junior at Mount Holyoke College, joined the advising department for five weeks. They took the lead on organizing several in-house events, including a webinar titled “Study Opportunities for Women in the U.S.” A second event, “Daughters of the East in the West,” targeted female students and their parents, and encouraged apprehensive parents to allow their daughters to study in the U.S.