The brightest students that Islamabad, Lahore and Karachi schools have to offer were inducted into EducationUSA’s exclusive Competitive College Club (CCC) 2019-21 cohort in May. The ceremony took place in front of audiences including the students’ parents and siblings, as well as representatives from the U.S. Embassy and Consulate. The students represent the top 10 percent of their respective classes and were nominated by school counsellors before undergoing a selection process that culminated in the induction ceremonies held in May.

The CCC 2019-21 cohort comprises 70 students, all of whom will be working closely with EducationUSA advisers over a period of 24 months toward a goal of submitting successful applications to U.S. colleges and universities. Advisers will guide these students through the entire application process using EducationUSA’s 5 Steps to U.S. Study as a framework, in addition to helping them develop their extracurricular profiles through internships and community service opportunities. This cohort is the first to join a two-year program – previously, the program was one year – with a focus on profile building in the first year and the application process in the second. 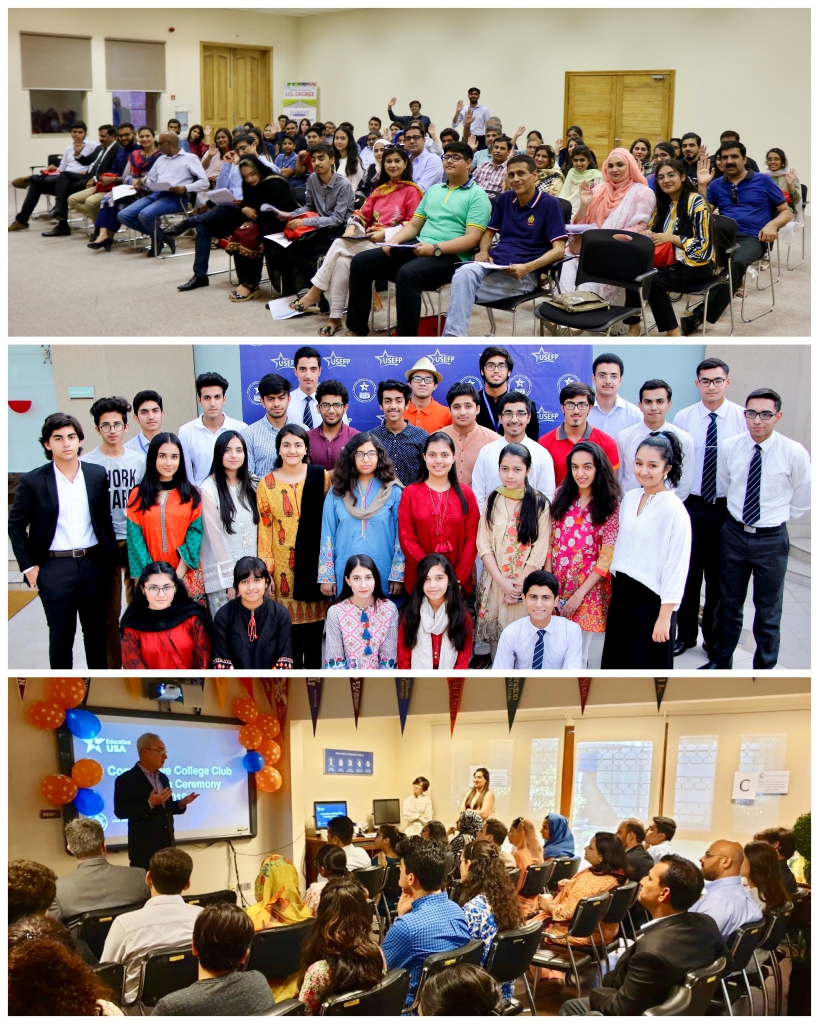 Proceedings of the CCC in Islamabad, Lahore and Karachi

During the induction ceremonies held in each city, the successes of previous CCC cohorts were mentioned, but with an eye to the future to when the newly inducted members will be finalizing their own applications, receiving acceptances and scholarships, and finally enrolling in schools and heading off to new campuses in new places.

The ceremony was attended by Minister Counselor for Public Affairs, Christopher Fitzgerald, in Karachi, Public Affairs Officers, Michael D. Guinan, in Lahore and Country Cultural Affairs Officer, Matthew Singer, in Islamabad. They each addressed the participants and highlighted the benefits of the U.S. higher education system. Singer remarked that he wished his own daughters would have had access to CCC cohort advising during their college applications process, much to the delight of the parents in attendance.

The next Competitive College Club cohort will be inducted in 2020. Stay informed by liking our Facebook page. If you’re interested in pursuing higher education in the U.S., email advising@usefpakistan.org for your 5 Steps to U.S. Study plan! Visit our website for more information on USEFP’s scholarship and exchange programs.