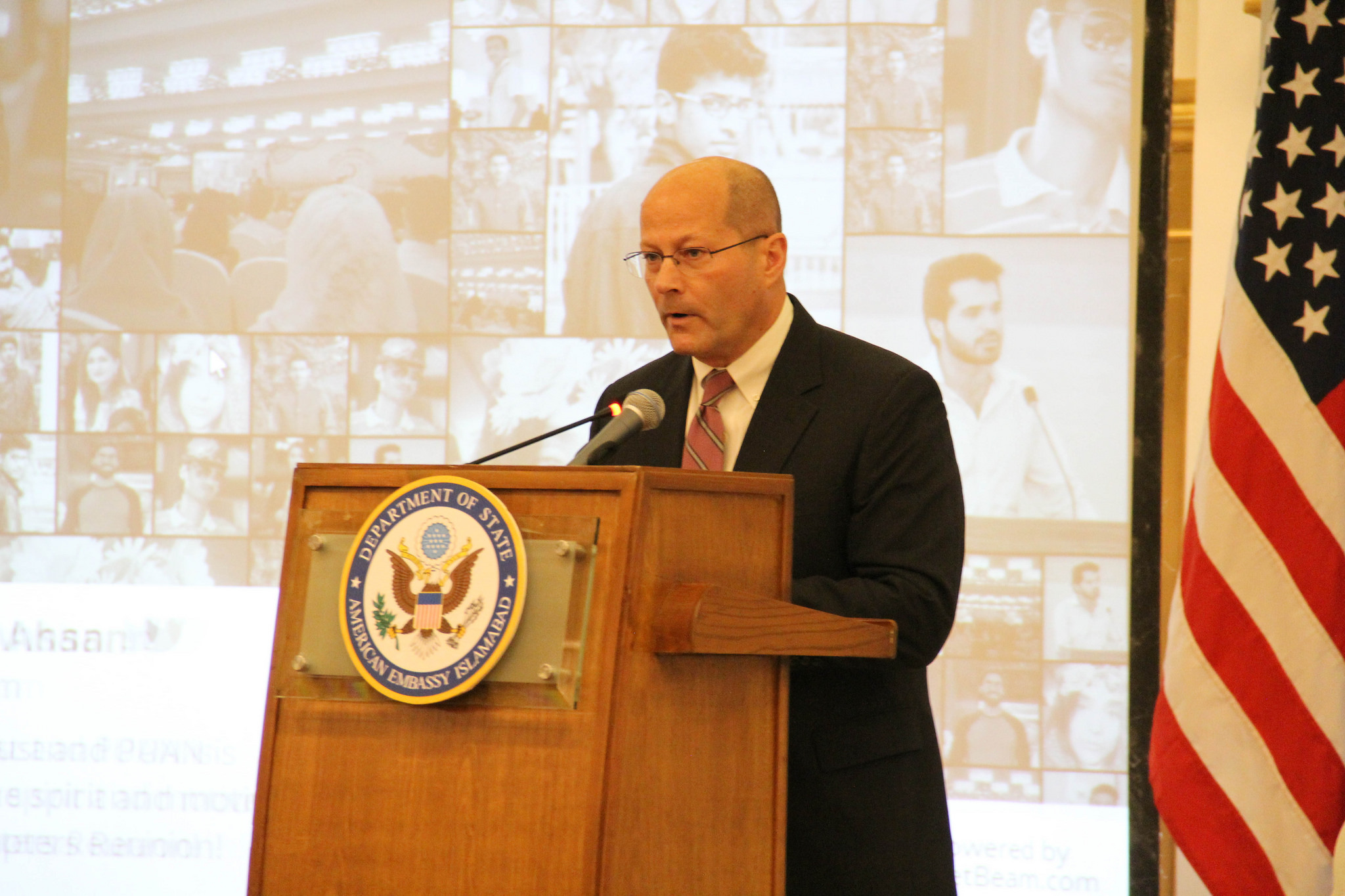 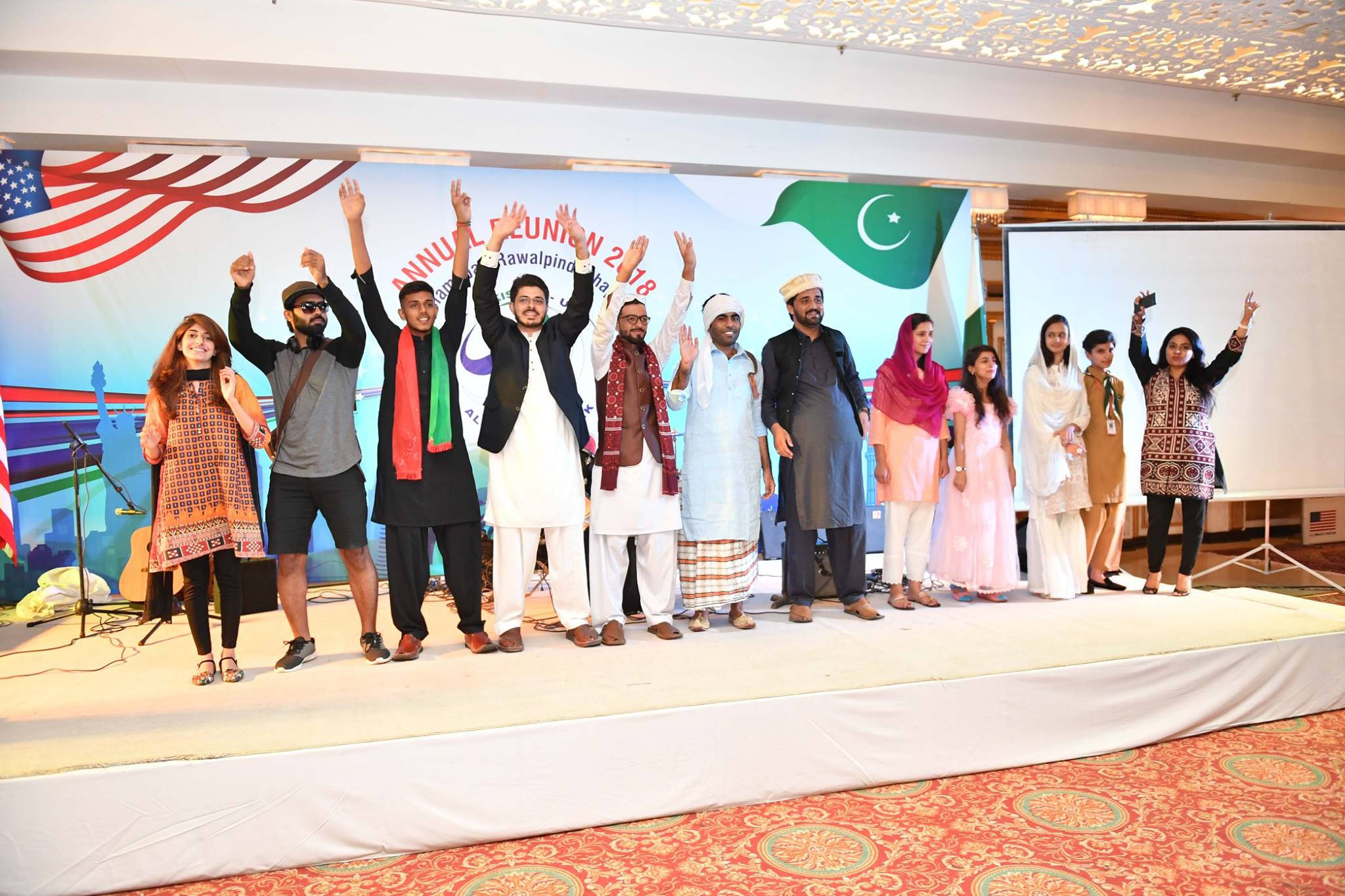 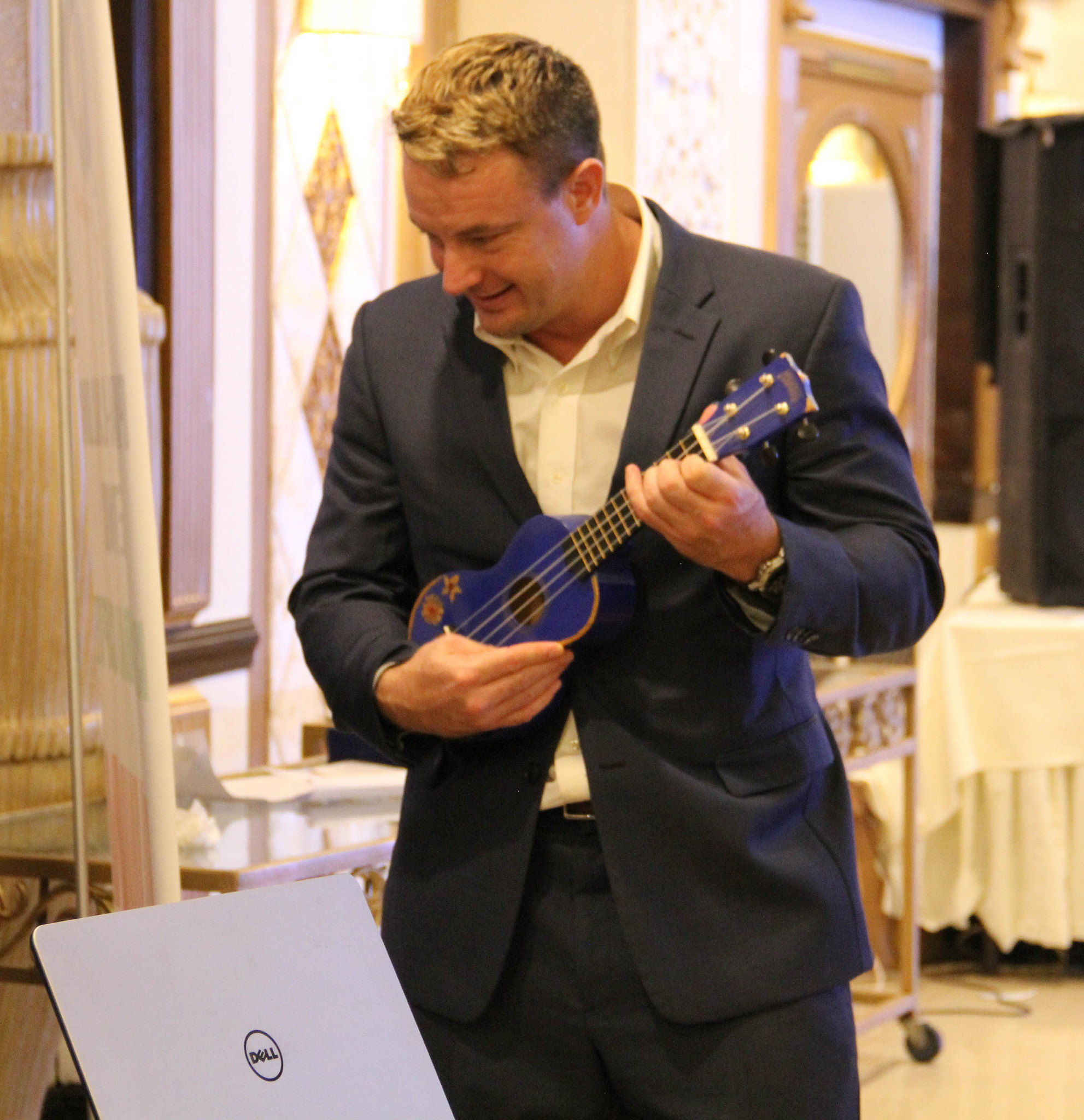 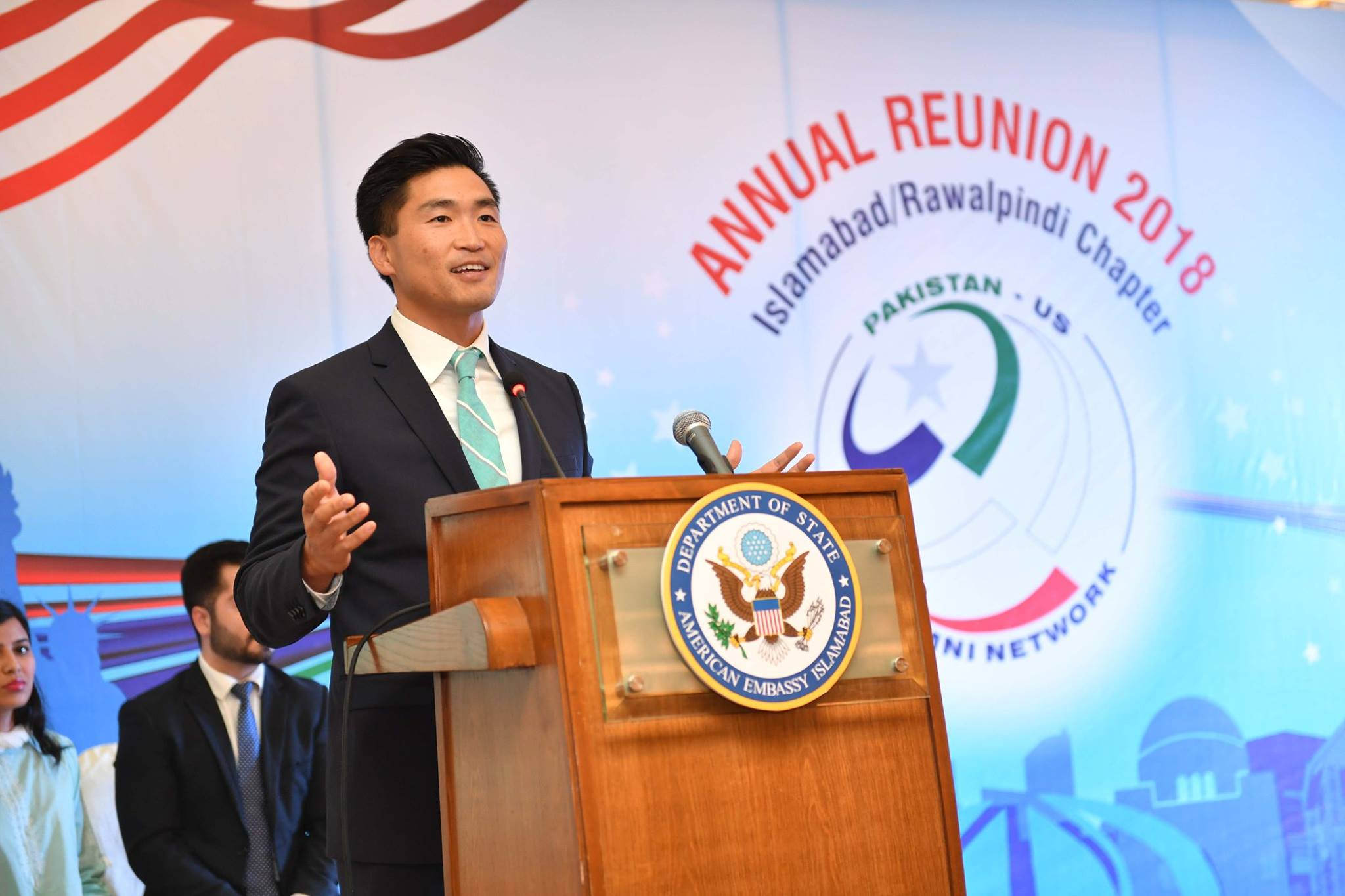 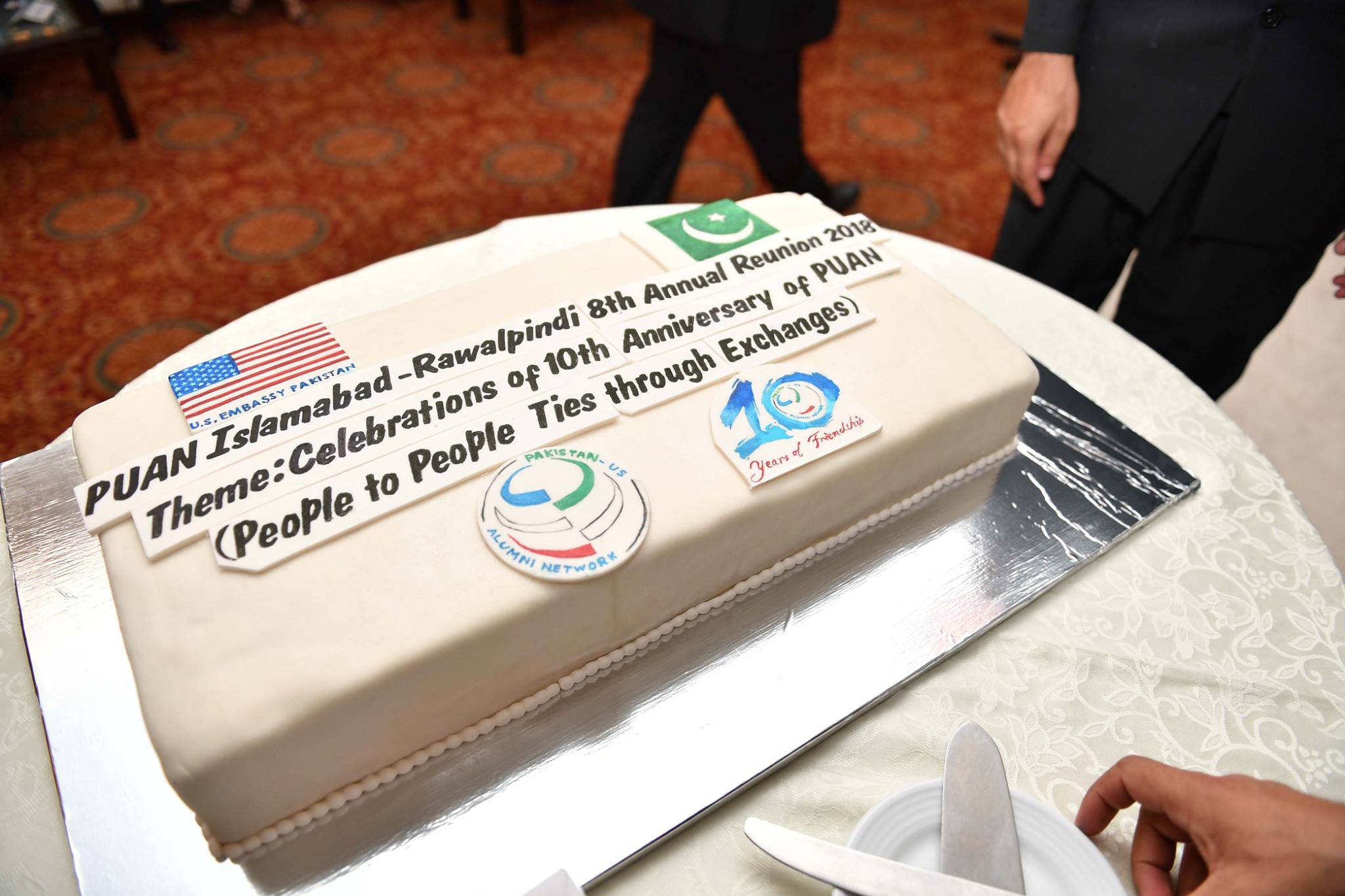 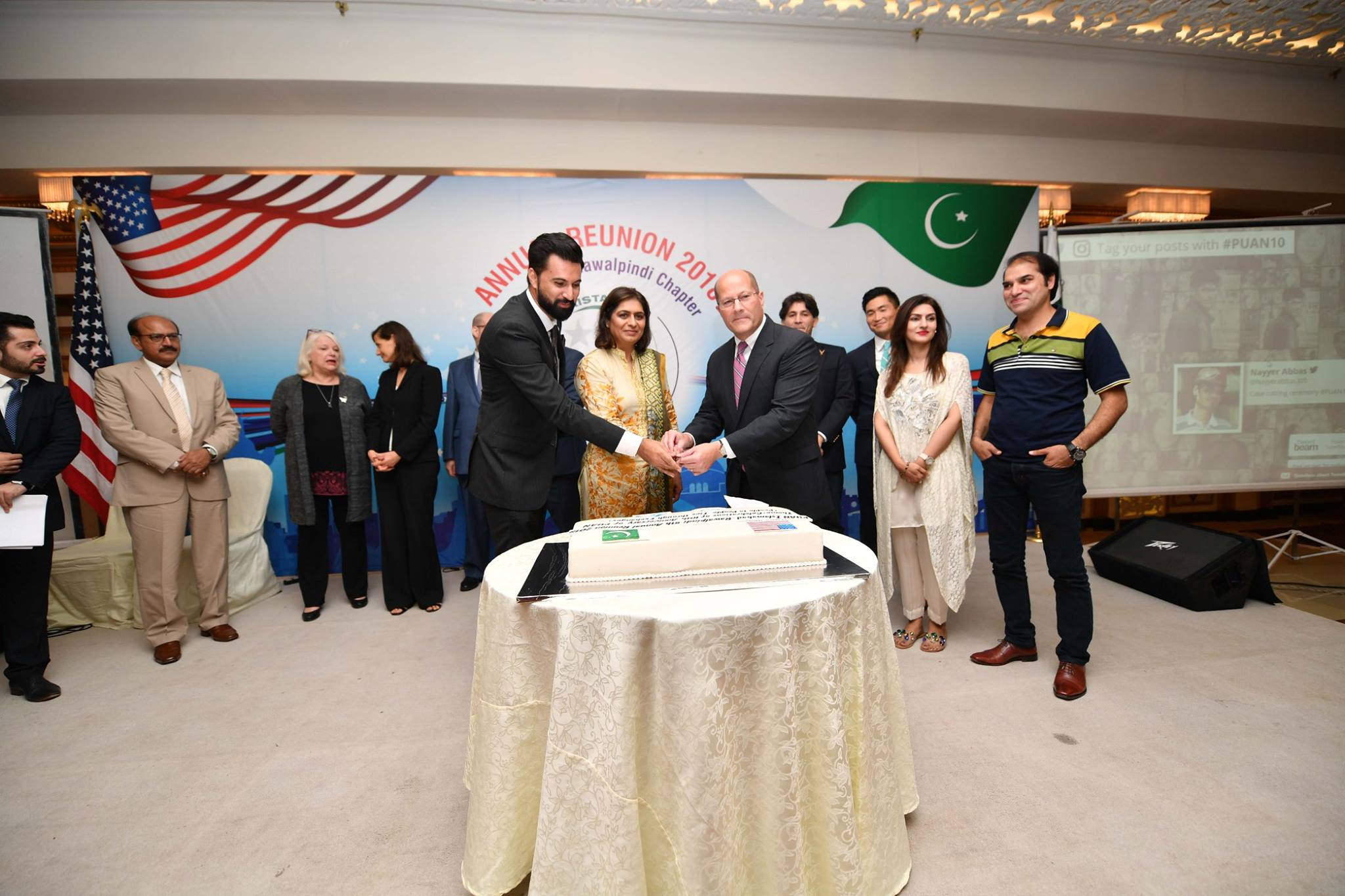 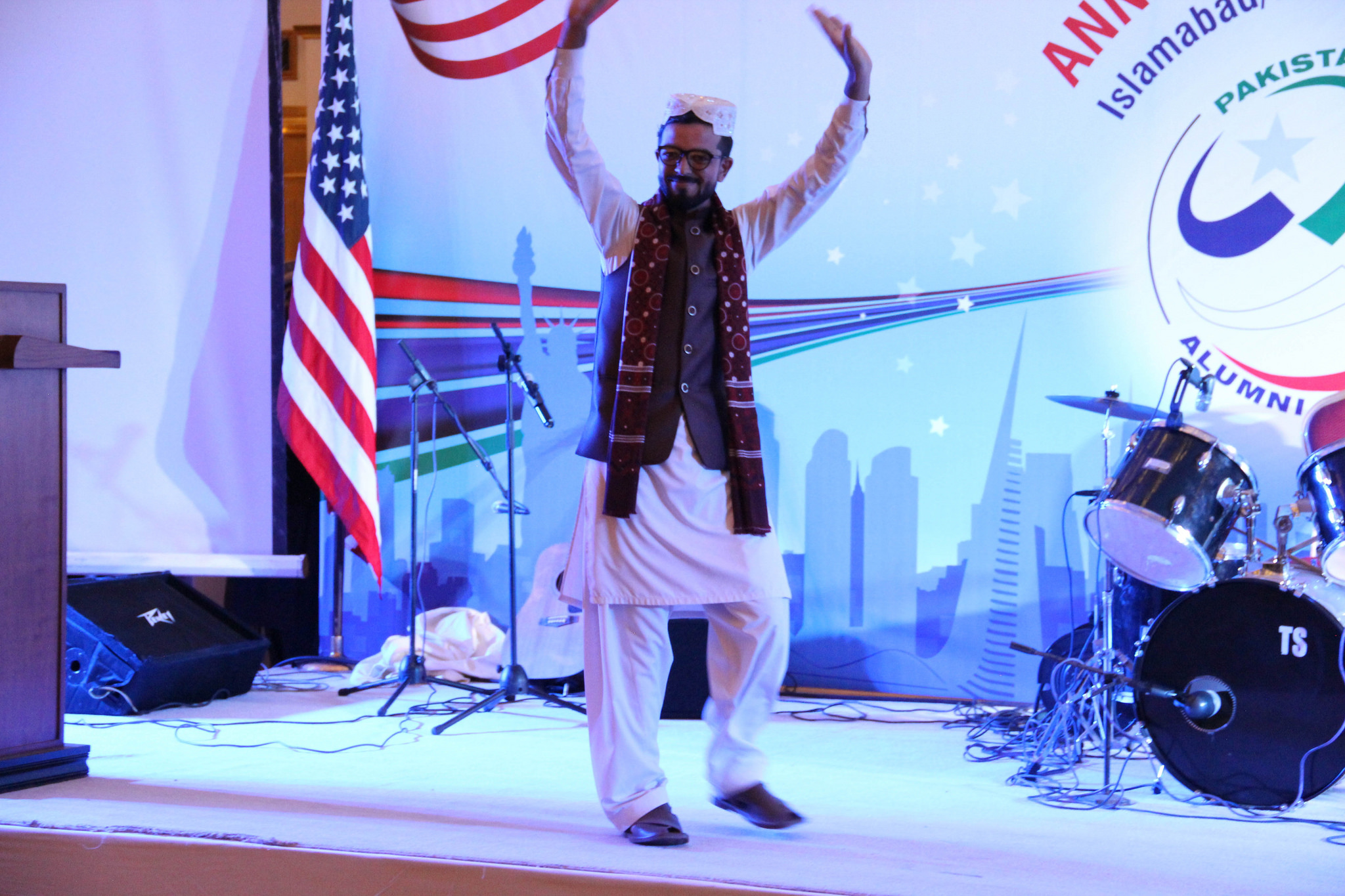 More than 700 alumni of U.S. government-sponsored programs gathered in Islamabad to recognize the contributions of Pakistan-U.S. Alumni Network (PUAN) members to their communities and mark the 10-year anniversary of PUAN. Politicians, scholars, journalists, business leaders, and students, all alumni of U.S. government programs, joined together to celebrate the group’s anniversary, share their experiences, and renew their commitment to strengthening ties between the United States and Pakistan.

Chargé d’Affaires, John Hoover reflected on the significance of the event, noting that, “The most important thing in the Pakistani-American relationship is our people.” Chargé Hoover added that, “Alumni such as yourselves will be the leaders of Pakistan’s future,” helping to build a more secure and prosperous Pakistan.

Chapter President, Syed Ali Hameed encouraged participants to volunteer for the network’s philanthropic activities and to spread the knowledge they gained in the United States throughout Pakistan. Over the past year, the capital’s PUAN chapter has organized dozens of community service activities, with its members taking active roles in the fields of education, leadership development, counter-narcotics, and women’s empowerment

The U.S. government annually invests more than 4.8 billion rupees in exchange programs for Pakistani citizens to study in the United States. Over 1,000 Pakistanis participate each year in high school, undergraduate, graduate, and professional U.S. sponsored exchanges. PUAN now has over 25,000 members. Since the alumni network began in 2008, the United States has provided more than 18,000 college scholarships for Pakistani students. 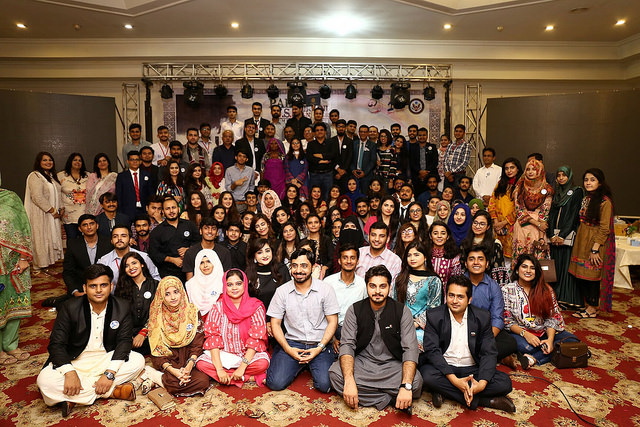 Participants of the Jamshoro reunion celebrate 10 years of PUAN

On July 29, 2018 around 200 alumni of various State Department-funded exchange programs, scholars and civil society representatives attended the annual reunion of the Pakistan-U.S. Alumni Network (PUAN) Jamshoro Chapter. The event, supported by the U.S. Mission in Pakistan, provided the alumni an opportunity to showcase their success stories, network and energize.

As part of the PUAN’s ten years celebrations, the attendees were presented with souvenirs of friendship. The senior members of the alumni network were awarded with badges of honor for their services to the Jamshoro chapter. Certificates were distributed among the alumni who successfully carried out the chapter activities and volunteered for the planning and execution of PUAN events.

The leadership of the PUAN Karachi and Sukkur Chapter also attended the event and acknowledged the efforts of PUAN-Jamshoro for bringing change through social engagement projects.

The award distribution ceremony was followed by a musical performance by the legendary Coke Studio artist Mai Dhai.