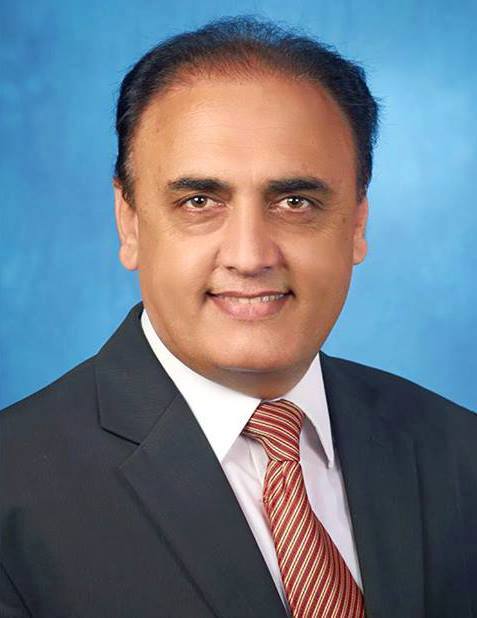 USEFP regrets to announce the passing of Hubert H. Humphrey Fellow (2013), Mr. Ali Zaman Shah. Mr. Shah, who passed away in April 2018, was an avid supporter of the Humphrey fellowship and would often be found at alumni events sharing a joke with friends and strangers alike. He was a poet, philosopher, and an educationist.

At the time of his untimely death, Mr. Shah was in the process of defending his PhD. He also served as registrar at the Federal Urdu University in Islamabad.

Mr. Shah made many friends through his life’s adventures and two of his dearest friends shared some words in his memory:

Not as soon, a poem by Sadiqullah Khan

Not as soon that I mourn –

Not yet the fragrance of friendship

Not yet the warmth of melting

Into the ice of separated slabs

I had to pull hours out of oblivious

Age of little means, – that I meet

And edged successes of life –

That yet I live for certain time

That you should have shaken hand

With this frightened anguished soul

Who your company adored more

More than any other thing of dusk

Or the beauty you spoke with wit

You should have shaken your hand with

The unfortunate ones you leave behind

Devastated of souls of solitude dead.

– To my very dear friend Ali Zaman Shah, on his sad demise

In his words
by Rahim Khetran, Humphrey Fellow (2013)

I met Ali Zaman Shah in his office in Federal Urdu University, Islamabad in the start of 2013 as one of our mutual friends requested me to visit him for a small piece of work, he had with him. As they say, ‘first impression is the last impression,’ Ali throughout his remaining years remained a thorough gentleman, a very pleasant and humble human being and had a great sense of dressing. He always had a smile on his face. He could easily engage one for hours in discussion even at a cup of chai. His great sense of humor was something that made him the most desired and wanted among the company of friends, acquaintances, and colleagues. Another great humanistic quality which I acquired from him was he could easily and frankly start a discussion with a stranger and that ended up being friends. He had a great persona and knew the art to carry it. Having applied for the ‘Hubert H. Humphrey Fellowship was the first mutual interest among us when I responded to his customary yet pleasing question ‘what are you doing these days? ‘Me too’ he almost shouted with excitement when I told him that I had applied for the fellowship. I can proudly dedicate our friendship to ‘Hubert Humphrey Fellowship’ as beginning from there till his last breaths, our friendship, and all the discussions and gossips revolved around this life changing fellowship.

He was very well read and loved discussing everything from literature to arts, politics, religion, culture, society and so on. ‘Societies which lack Fine Arts are destroyed in history’ he used to say. We always had difference of opinions as he was a blind patriot and a diehard Pakistani, and I was very critical of the system. But this difference of opinion never affected our friendship. Even when he was in the U.S. for the one-year Humphrey fellowship, he felt home sick most of the time. I still remember, and I always quoted among friends with loud laughter, his words, when once he called me from Niagara Falls he was visiting with friends. ‘You must be enjoying Ali’ I asked him, and he said, ‘Laashin kahan enjoy kerti hain, laashin to sirf hisab deti hain.’ This was height of his missing homeland.

Ali belonged to Kaniguram a town in South Waziristan and did his Masters and M.Phil from Government College University Lahore and served in Cadet College Mastung and Balochistan University of Information Technology, Engineering and Management Sciences (Balochistan) for about 8 years as part of his early career but serving in Balochistan had a great imprint on rest of his life. He wanted to see a prosperous and peaceful Balochistan and ‘educating youth’ and trusting their leadership was the solution to him. He had submitted his PhD thesis ‘Great power involvement and Sardari based Politics in Balochistan’ for foreign evaluation which he was pursuing from National Defence University, Islamabad.