Congratulations to USEFP alumni Dr. Shamshad Akhtar and Professor Dr. Hasan Askari Rizvi, on their appointments to positions in the caretaker government.

Dr. Shamshad Akhtar is a Pakistani development economist, diplomat and intellectual who is currently serving as the caretaker Finance Minister of Pakistan. Her illustrious career boasts numerous high-profile appointments, including the distinction of being the first woman, and 14th Governor of the State Bank of Pakistan. Dr. Akhtar also served as the senior adviser to the Secretary General of the United Nations, and vice president at the World Bank.

Dr. Akhtar started her career in 1980 working at the Planning Commission in Islamabad. She later moved on to work with the World Bank’s resident mission in Pakistan as a country economist. In 2005, she was appointed as the State Bank of Pakistan’s 14th Governor, a post she held until 2009. In 2007, she was conferred Best Central Bank Governor for Asia 2007 by the Euromoney Institutional Investor, and in 2008 she was named among the top ten women leaders of Asia by The Wall Street Journal.

In September 2011, Dr. Akhtar moved to the United Nations to serve as the Assistant Secretary-General for Economic and Social Affairs and Senior Adviser on Economic Development and Finance to the UN Secretary General Ban Ki-moon. In December 2013, she was appointed as the 10th Executive Secretary of UNESCAP in Bangkok.

Dr. Akhtar is the recipient of a Fulbright post-doctoral research scholarship on which she attended the John F. Kennedy School of Government at Harvard University in 1986. She holds a PhD in economics and a Master’s in development economics from the UK, and an MSc in economics from Quaid-e-Azam University, in Islamabad. 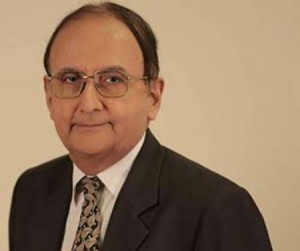 Dr. Hasan Askari Rizvi has been appointed as the caretaker Chief Minister of Punjab

Professor Dr. Hasan Askari Rizvi is a Pakistani political scientist and military analyst noted for his work in comparative politics, nuclear weapons, and domestic policy. He has several books, monographs, and articles published in his name and is a regular contributor to the political policy and security debate on national television. As of June 7, 2018, Dr. Askari was named the caretaker Chief Minister of Punjab.

He is currently also serving as professor emeritus of political science at the University of the Punjab, Lahore. He has previously served as a visiting professor of Pakistan Studies at Columbia University from January 1996 to July 1999 and as Allama Iqbal Professor – Pakistan Chair, South Asia Institute, at Heidelberg University in Germany from 1988 to 1991.

In 1976 he was awarded a Fulbright-Hays Scholarship for PhD studies in the United States at the University of Pennsylvania. In 1980 he returned to Pakistan having completed a Master’s in international relations, and a PhD in political science from UPENN.

In collaboration with the U.S. Department of State and the Humphrey Alumni Association of Pakistan (HAAP), USEFP organized ...