A lot of the individuals interested in applying for the Fulbright scholarship program, initially balk at the thought of taking the GRE General test. To allay their fears and familiarize the Pakistani public with this seemingly daunting test, USEFP conducts GRE mock tests at various public-sector universities across Pakistan. 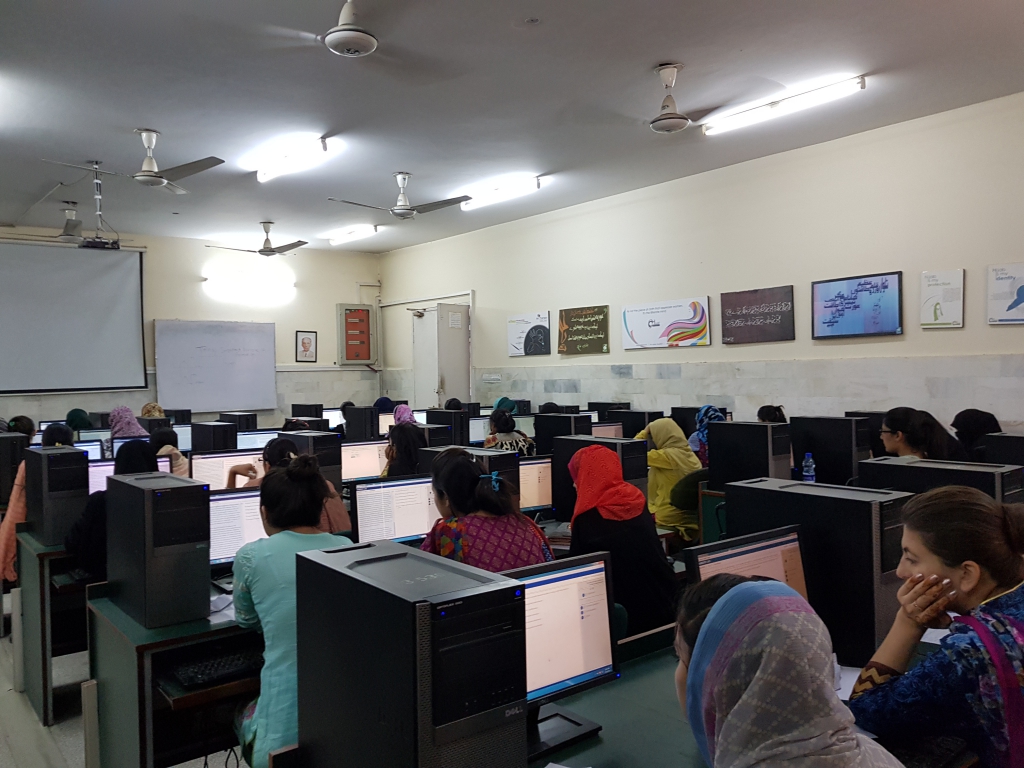 The UAF administration, where USEFP conducted the mock test for over 400 students, was highly appreciative of this initiative. The Director Financial Assistance & University Advancement, Prof. Dr. Hafeez Ahmed Sadaqat, called the GRE mock test activity a great step “in helping students assess their GRE preparation and overcome their weak areas”. He said that the “USEFP team is highly dedicated and devoted which [sic] groomed and trained the students according to standard. UAF is highly grateful to your esteemed organization to continue this activity assertively in future”. 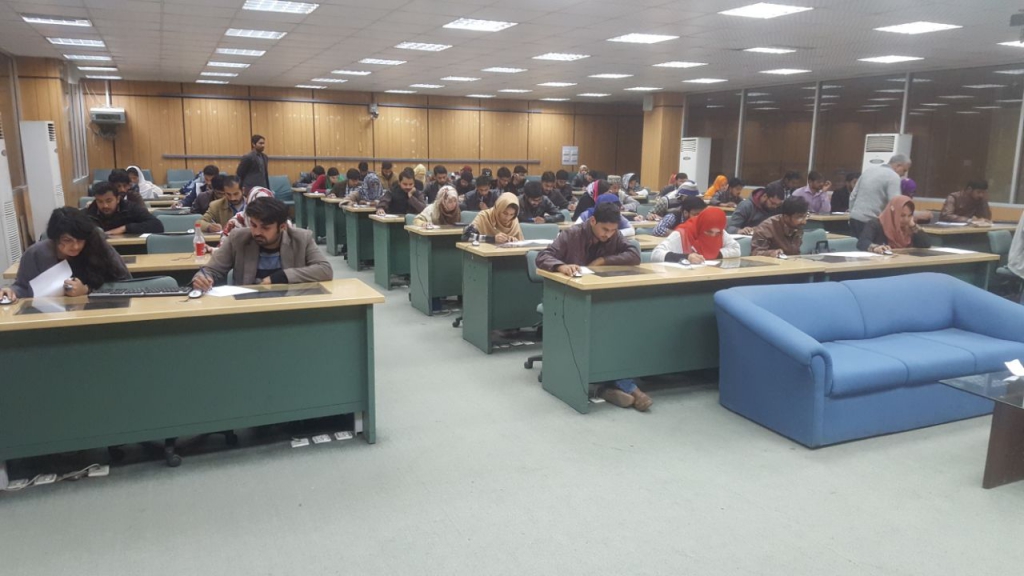 The mock test activity is usually spread out over two or three days and entails the installation and running of the software prior to the test administration, followed by the administration of the mock test in two or more sessions per day, and finally the collection and compilation of results.

Coupled with information sessions on Fulbright and GRE General, the mock test activity is one of the more popular activities undertaken by USEFP’s Testing department. Mr. Sultan Muhammad, Assistant Professor at Hazara University, Mansehra, shared his appreciation for the support extended by USEFP during the outreach. He said, “I really appreciate the work and efforts of the whole USEFP team, especially Mr. Daud Ahmed Khan and Mr. Feroz Sajjad, and others for making this whole activity a success”. Mr. Muhammad also highlighted the role USEFP’s mock test activity and outreach efforts play “in helping those who otherwise would never have been able to know about and avail such opportunities (because they live and belong to very far off and backward areas of Pakistan”. He credited these initiatives for helping two of Hazara University’s students/colleagues winning the Fulbright scholarship, and pursuing their PhD in the U.S.

USEFP also offers GRE General and TOEFL iBT mock tests at its facilities in Islamabad, Lahore, and Karachi. Interested individuals can make an appointment at testing@usefpakistan.org.