Pakistani Students Prepare for a Semester in the U.S. 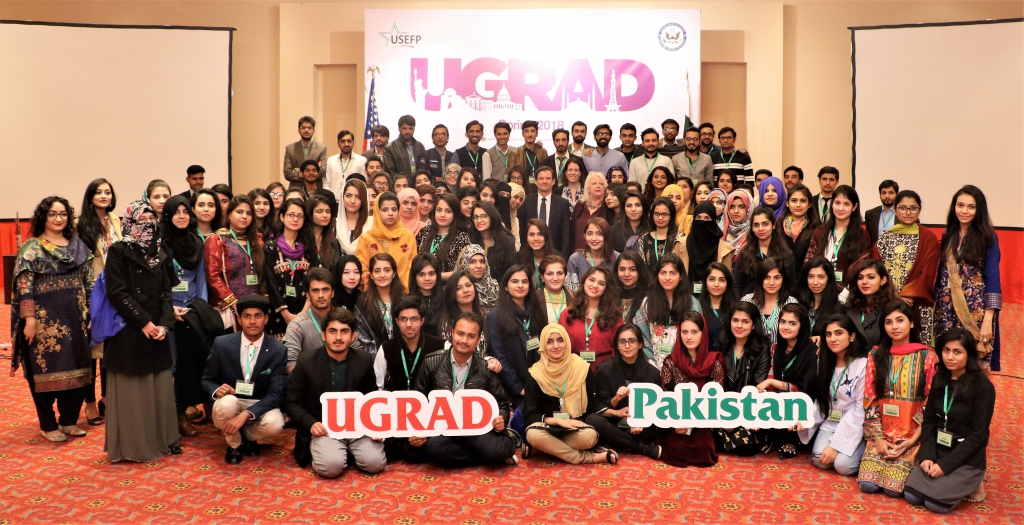 111 Pakistani students prepare to spend a semester at U.S. universities.

In December 2017, over a hundred Pakistani undergraduate students gathered in Islamabad for a pre-departure orientation before leaving on the U.S. Government-funded Global Undergraduate Semester Exchange Program (Global UGRAD).

The Global UGRAD, managed by USEFP, is an increasingly popular exchange program that provides Pakistani students with a unique opportunity to spend a semester studying at an American college or university. The program is focused at fostering better understanding between the citizens of the U.S. and Pakistan through the cultural and academic exchange. Since Global UGRAD’s launch in 2010, approximately 1,500 Pakistani students have participated in the program. These students come from across Pakistan and represent a broad range of academic fields, including humanities, engineering, business administration, and sciences. 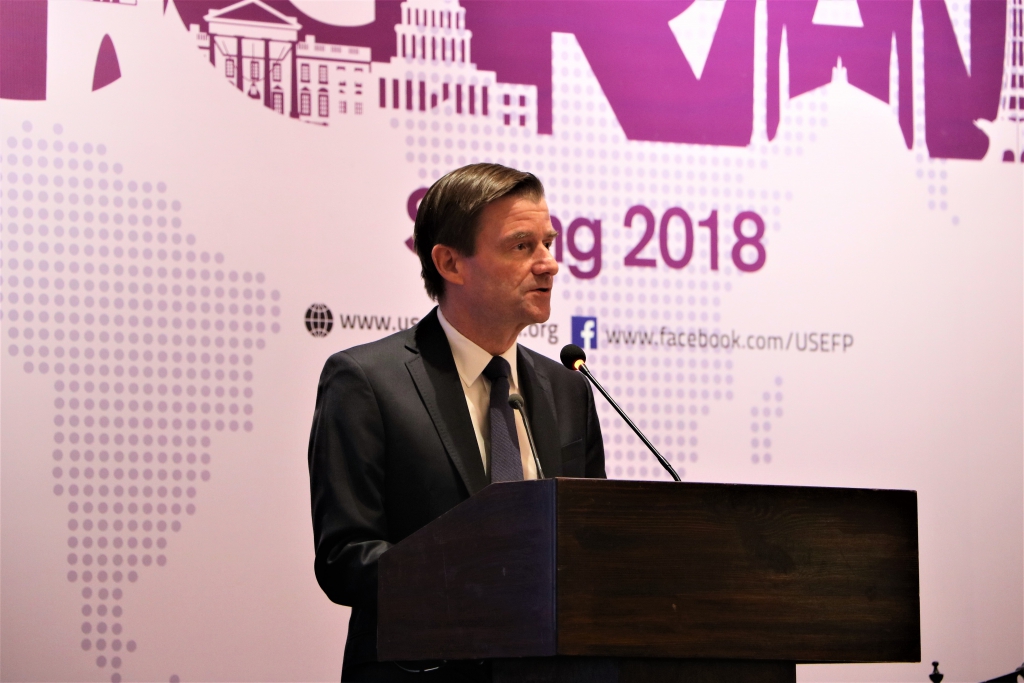 American Ambassador, David Hale, who was present at the PDO, congratulated the students on their accomplishment and stressed the importance of such exchanges between the U.S. and Pakistan.

“The American government believes in the power of education and believes in investments that build a strong and stable Pakistan,” Ambassador Hale said. “That is why our Embassy in Islamabad sponsors the largest array of academic and professional exchange programs of any American Embassy in the world.”

Prior to their departure, the 111 students who are part of 2018’s spring cohort, were briefed on what to expect during their semester of study in the U.S. USEFP also invited Global UGRAD alumni, who, based on their past experiences are well equipped to prepare the grantees for their visit to the U.S.

Speaking to the transformative power of the experience, one alumna, Aiman Abdullah Abbasi, who is a law student at International Islamic University, said that her experience in the U.S. pushed her to reassess the boundaries she associated with gender. She said, “Before embarking on the Global UGRAD journey, I held a viewpoint that 99% of my life problems would not have been there if I were not a woman. However, as an exchange student in the United States, I came to this conclusion that the boundaries and pre-defined gender roles are meant to be crossed. Life is all about breaking the glass ceiling and accomplishing what you desire. I have a strong conviction that gratitude should be the wave that pushes you forward in the sea of life.”

During the PDO, the United States Educational Foundation in Pakistan (USEFP) Executive Director Rita Akhtar encouraged students to take full advantage of the academic and extracurricular activities available in the United States.

“Global UGRAD is our most popular program,” Akhtar said. “Enthusiasm continues to grow as students come back from the United States and share what they’ve learned about U.S. people, U.S. higher education, and community service. The number of applications for this student exchange opportunity increases every year. In 2017, we’ve received more than 13,000 applications! Global UGRAD students are selected on merit and come from nearly every part of Pakistan. It is a great achievement to be selected and we are certain wonderful experiences await you in USA.”

One of the grantees, Nabeera Ali Naqvi, is currently studying at Lahore University of Management Sciences (LUMS). She is thrilled to be part of the UGRAD family and hopes that her time at University of Northern Colorado, will be deeply enriching, both academically and culturally. “This program will help me learn beyond the academic boundaries and reach out to American fellows on a personal level. I aim to explore, experience and experiment during this one semester and will come back with more knowledge about the community service so I can give back to my country”. 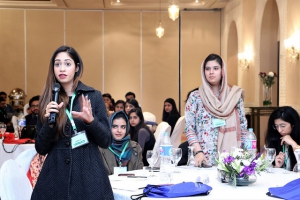 Global UGRAD grantees sharing their journeys at the PDO.

Placed at Stephan Austin State University, Farheen is not only eager to absorb the rich culture of the South but also hopes to share the values and traditions of her home city, Hunza, with her American peers. She will spend a semester learning about community building, which she feels is a “versatile program” benefitting her both professionally and personally. Farheen believes “It will increase my confidence and help me achieve my goals and promote our great values that we share in Pakistan”.

While the current application cycle for the UGRAD is closed, details on next year’s competition which opens in October 2018 can be found here.