In celebration of 75 years of U.S. – Pakistan relations, USEFP held a groundbreaking ceremony for its new headquarters in Islamabad. Those in attendance included the U.S. Mission, Ministry of Education representatives, Higher Education Commission of Pakistan officials, USEFP Board members, vice-chancellors, guests, and alumni.

As a symbol of binational cooperation, USEFP was allotted a plot of land in Islamabad’s H-8 education sector by the Government of Pakistan to build its first-ever headquarters. The U.S. Government is contributing to the cost of the facility.

“We are all connected through the experiences we share, the challenges we face, and the opportunities we have. The work of USEFP has brought and will continue to bring the U.S. and Pakistani people even closer together now and for decades to come,” said the U.S. Embassy’s Chargé d’affaires Angela P. Aggeler at the ceremony.

USEFP Executive Director Rita Akhtar agreed and used the opportunity to thank all the individuals and organizations whose support made the building possible.

“USEFP has been promoting educational exchange between Pakistan and the United States for more than 70 years. Since 1950 we have sent more than 9000 Pakistanis to the U.S. and brought nearly a thousand Americans to Pakistan on a variety of academic programs, including the prestigious Fulbright Program. This event celebrates the fact that USEFP will finally not have to operate out of rented premises and continue its mission of promoting mutual understanding between the people of the United States and the people of Pakistan in a purpose-built facility,” said Akhtar. 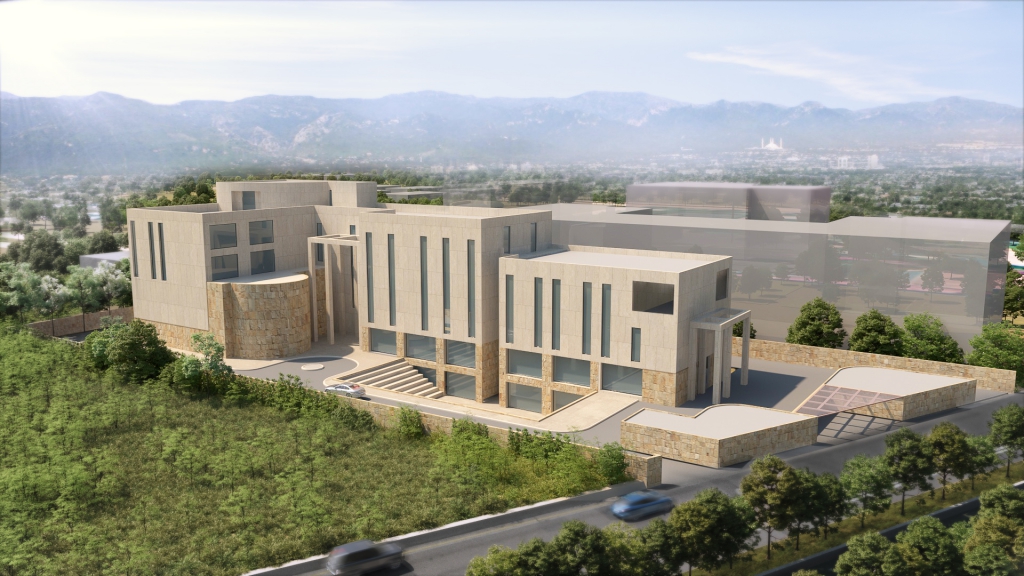 The new USEFP head office will be in the heart of the capital.

The pre-eminent architecture firm of Nayyar Ali Dada & Associates is overseeing the design and construction of the facility, which will include a library, an auditorium, and standardized testing labs for the use of those aspiring to pursue higher education in the United States. Located in the center of the capital, the office will be accessible to students, applicants, test-takers, and alumni.