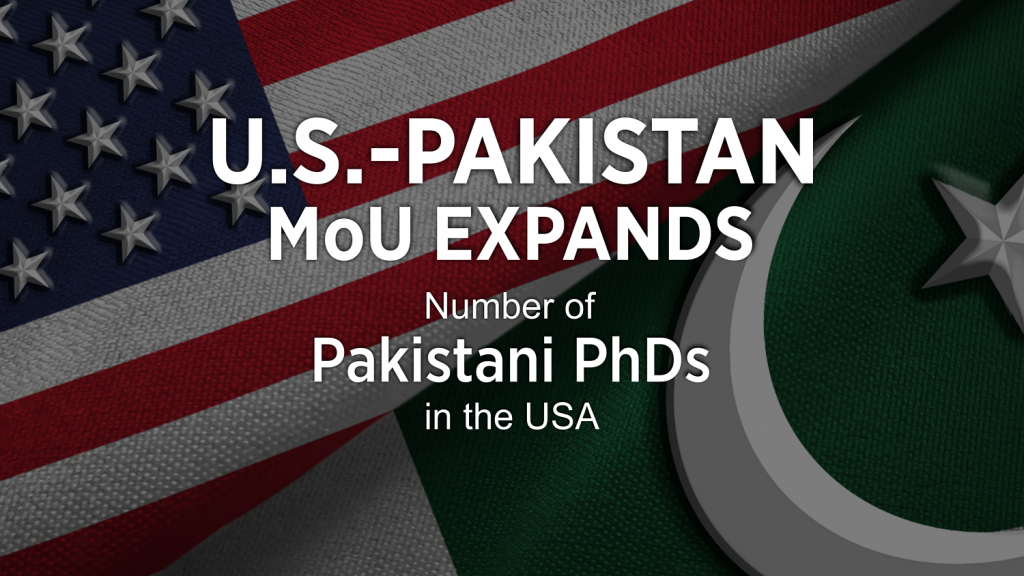 In a step toward expanding U.S.-Pakistan educational cooperation, USEFP signed a Memorandum of Understanding (MoU) with the Higher Education Commission (HEC) to support 125 Pakistanis to pursue PhD studies in the United States, 25 per year for five years.  The MoU extends an agreement that funded 125 Fulbright-HEC PhD scholarships between 2016 and 2020.  Acting HEC Chairman Dr. Shaista Sohail and USEFP Executive Director Rita Akhtar signed the MoU on June 16, through which the Government of Pakistan will contribute USD 5 million per year to the Fulbright-HEC PhD Program.

Fulbright is the flagship scholarship program of the U.S. Department of State, operating in 165 countries. Since 2005, Pakistan has had the world’s largest Fulbright Program in terms of U.S. government financial contribution, with approximately 100 master’s and 25 PhD scholarships funded annually.  The HEC-USEFP MoU funds an additional 25 PhDs per year, bringing the total to 50.

“This MoU provides funding for 125 exceptional Pakistanis to complete PhD programs at some of the best universities in the United States,” says Akhtar. “It represents a spectacular contribution to the social and economic development of Pakistan as well as to mutual understanding and friendship between the two countries. Our Fulbright grantees return to Pakistan to apply new skills and knowledge in every field and sector of Pakistan’s economy.”

According to U.S. Embassy Chargé d’affaires Les Viguerie, “The U.S.-Pakistan education partnership is among the best in the world, and the United States values the Pakistani students who enrich American campuses across our country.”