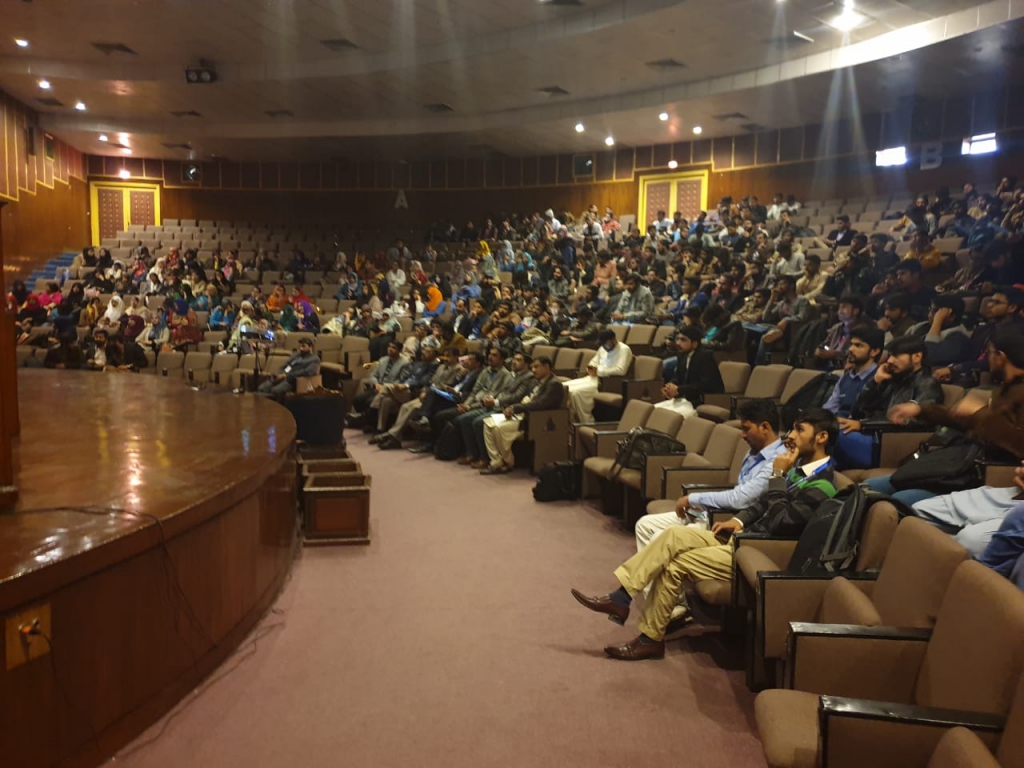 Majority of USEFP’s operations are underlined by efforts to improve access and promote U.S. higher education across Pakistan. In addition to its scholarship opportunities, USEFP’s EducationUSA advising centers play a vital role in disseminating accurate and reliable information about education in the U.S. through outreach and information seminars. These outreach not only introduce students to the different services offered by USEFP, but also drive home the message that studying in the U.S. is an attainable goal provided the student is prepared and focused.

One such effort is USEFP’s Test Prep Initiative, which was launched in 2012, with the primary aim of disseminating information about the Fulbright Program, U.S. higher education and GRE preparation, all across Pakistan. Since its inception, USEFP has reached out to around 50,000 students in Punjab, Sindh, KPK, Balochistan, Gilgit-Baltistan and Kashmir. The initiative focuses on public sector universities in underserved areas of the country that have limited access to information regarding educational opportunities in the U.S.

Like each year, test preparation activities were in full swing from October to December 2019. USEFP reached out to approximately 8,000 students in Sindh, Balochistan, Punjab and the Capital Territory. In addition, orientation sessions and workshops were conducted in more than 10 American spaces.

Typically, students in public sector institutions either do not know about the GRE General test or are too afraid to attempt it. In order to promote awareness about the test and allay students’ fears, EducationUSA advisers make biannual visits to public universities. First, they hold a seminar-style general orientation session, where students are briefly informed about the U.S. higher education system, the five-steps to studying in the U.S., the Fulbright scholarship program and the GRE General test. This is followed by a second visit, during which a detailed two-hour GRE workshop is conducted. In the final phase, mock tests are conducted for the students. These mock tests are either held on-campus or at USEFP’s testing centers in Islamabad, Lahore and Karachi. They come with the incentive of three, free, GRE vouchers that are awarded to the top scoring students from each institution who score 300 or more in the mock test. More than 100 vouchers have been awarded so far to students all across Pakistan. Some of these students, who otherwise would not have had the funds to take the GRE have also gone on to win the Fulbright scholarship.

During this quarter, four five-week GRE guidance sessions were also completed in Islamabad and Lahore while six such sessions were conducted under the U.S. – Pakistan Knowledge Corridor program in Karachi, Islamabad and Quetta. In order to develop regional capacity for GRE training in remote areas, USEFP conducted one-day Train the Trainers workshops in Lahore and Islamabad for faculty members of public sector universities in remote areas of the country. Thirty-three participants from 18 institutions attended these sessions. During the same time, free in-house workshops on GRE, TOEFL and SAT were conducted at the Islamabad and Lahore centers.

USEFP operates EducationUSA Advising Centers in Lahore, Islamabad, and Karachi, which are part of a global network of hundreds of advising centers in more than 170 countries around the world supported by the U.S. Department of State. All of USEFP’s EducationUSA advisors have first-hand experience of studying in the United States and provide accurate, comprehensive, and current information for no cost about how to apply to U.S. colleges and universities through one-to-one advising sessions and various programs and events addressing the application process.

Visit @EdUSAPakistan on Facebook for more stories and updates.