This quarter, Team EducationUSA Pakistan actively worked to increase its presence on various campuses. This was achieved through a myriad of sponsorships and collaborations, which helped familiarize hundreds of young students with EducationUSA, USEFP, and higher education opportunities in the United States. 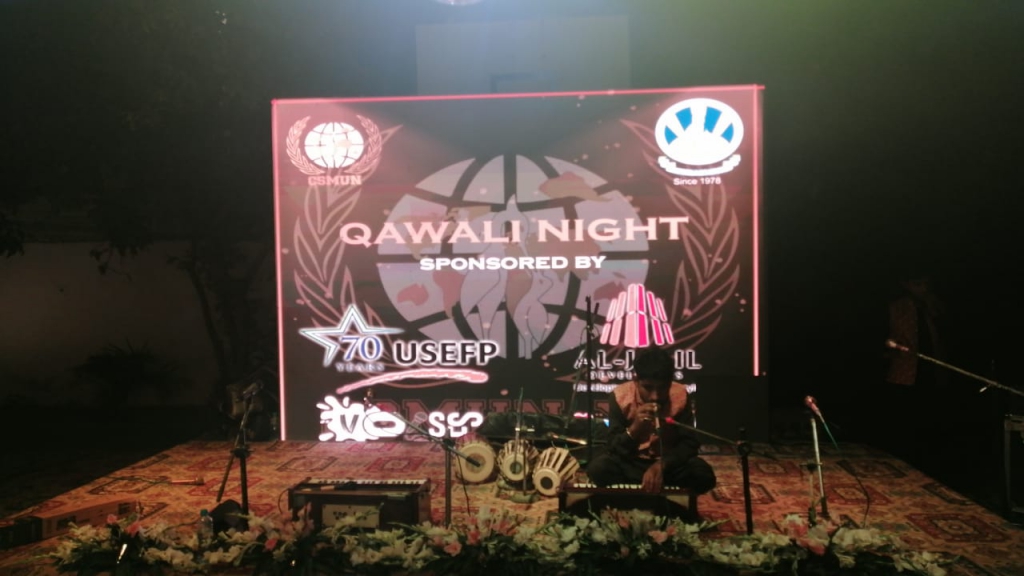 A fun qawwali event during the CSMUN proceedings.

The City School Model United Nations (CSMUN) – the flagship Model UN conference that the Shalimar Campus in Lahore has been hosting for a decade – held its 12th edition between November 19 and 21. A hybrid format was adopted this year, with 275 participating delegates.

There was a strong EducationUSA presence at the conference. Advisers from the Lahore office gave a virtual presentation to delegates on EducationUSA’s “Your 5 Steps to U.S. Study”, with a Q&A session at the end. USEFP and EducationUSA logos were prominently displayed, with the aim of making attendees aware of free advising services available to students interested in pursuing higher education in the United States. 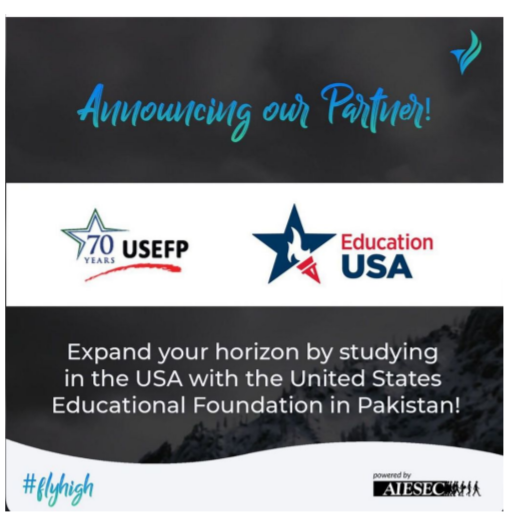 AIESEC is a global non-partisan, independent, not-for-profit organization for young people who want to develop their leadership potential. In Pakistan, it began operations in 2006 and currently has 11 local offices in various cities, including one at the National University of Science and Technology (NUST). This office partnered with EducationUSA Pakistan and USEFP for two of their recent events: the Career Development Seminar in October and the Fall Regional Conference in November.

The Career Development Seminar aimed to present a platform to every NUST student looking to discover their passion and choice of career, while the Fall Regional Conference, an annual event, gave new AISEC members aged 18-22 a chance to network and learn about their core values. This conference also enjoyed massive organic social media reach and, through the ripple effect, made over 30,000 impressions, helping USEFP and EducationUSA disseminate key information far and wide.

Advisers from the Islamabad office led sessions on pursuing higher education in the USA at both events. They also gave a comprehensive overview of USEFP’s fully funded scholarship programs. Audience members participated actively in the Q&A portion of the sessions. 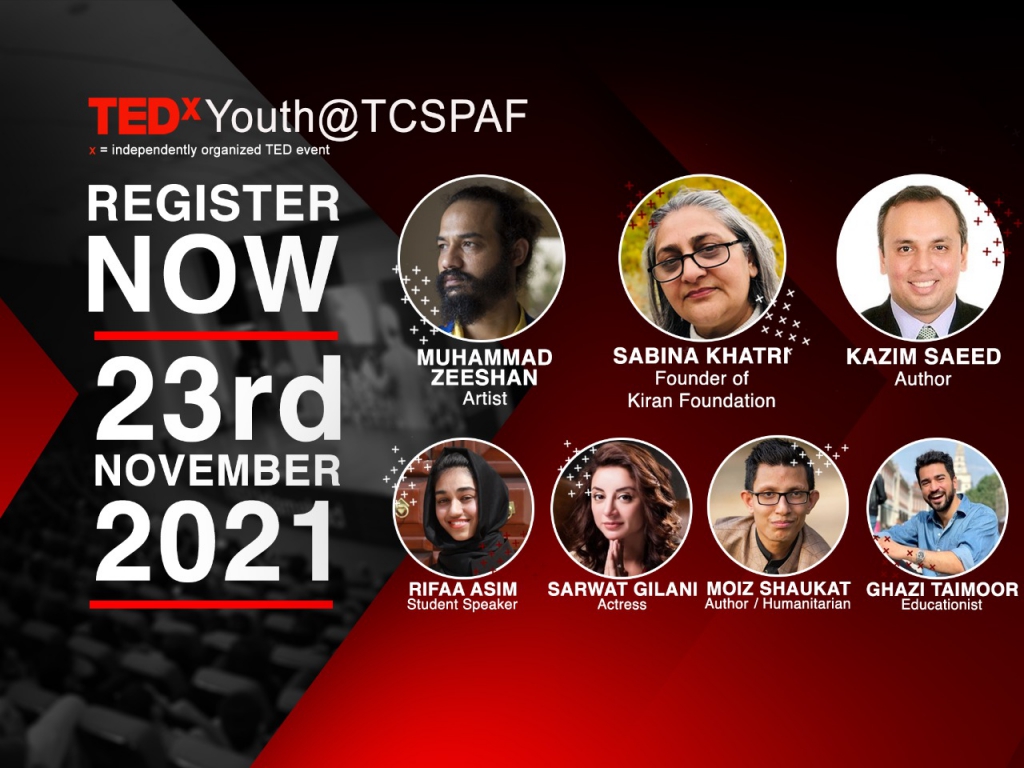 Karachi advisers presented EducationUSA’s “Your 5 Steps to U.S. Study” to PAF Chapter students. In addition, EducationUSA Pakistan and USEFP were given special shout-outs across social media channels, and logos were printed on conference merchandise.

EducationUSA Pakistan also sponsored a sports week to foster healthy competition and build team spirit among students in Karachi. The Interschool Powerplay 2021, hosted by Sceptre College, was a thrilling event that spanned eight days in December and ended with a grand Asim Azhar concert for participants and other students. Attended by over 1,500 students from 19 schools, participants competed in various categories, including football, futsal, basketball, throwball, table tennis, and CrossFit.

Once again, EducationUSA and USEFP branding was displayed prominently throughout, and students from Sceptre College were virtually briefed about the five steps to higher education in the United States.

Selecting the Fulbright student cohort each year is not an easy feat. And this year, too, was no ...