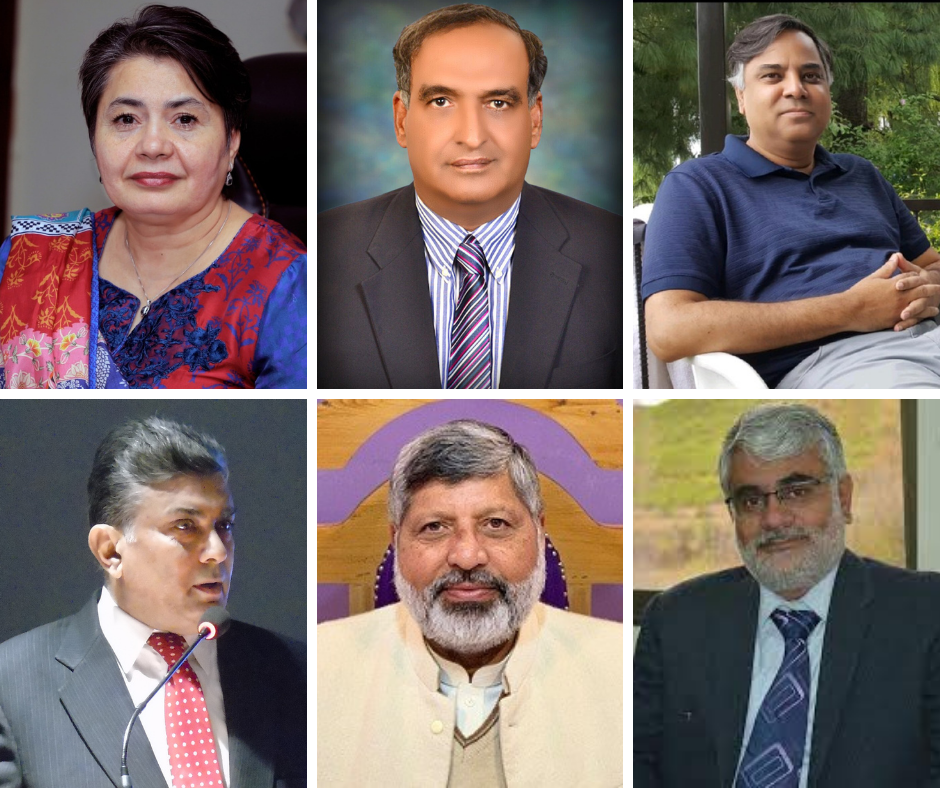 USEFP would like to congratulate the following Fulbright alumni who have recently been inducted as Vice Chancellors:

Dr. Ahmad pursued his pre-doctoral studies in English from the University of Pittsburgh on a Fulbright scholarship in 2003 and completed his post-doc at Cambridge University in the UK. His Fulbright project was in the field of Language and Law. Before taking charge as VC at Emerson University, he served as chair of the English department at Bahauddin Zakariya University, a position he retains to this day.

Dr. Habib studied microbiology at the University of Pennsylvania as a Fulbright scholar in 2016. Prior to his appointment at Kohsar University, he was a professor at COMSATS University in Islamabad and played a significant role in setting up the Department of Biosciences there. During this time, he served the department in various capacities and established multiple national and international collaborations with top universities.

Dr. Khan has many research papers to his name and has developed various educational and psychological tests. He is deeply committed to bringing change in the FATA region through education.

Dr. Shah pursued his post-doc in soil microbiology at Colorado State University as a Fulbright scholar in 2003.  He also has doctoral and post-doctoral degrees from the University of Wales, Aberystwyth, in the UK.

Dr. Shah has authored 146 research papers, served as the dean for the Faculty of Crop Production Sciences at the University of Agriculture in Peshawar, and as the principal investigator for 15 national and international projects. He is the first ever VC of the University of Chitral.

Dr. Rehman is a Fulbright alum who studied public policy at a pre-doctoral level at Rutgers University in 1999. He has recently been inducted as VC at the University of Balochistan in Quetta.

We spoke to Dr. Nudrat Piracha, a promising young lawyer who has been making waves recently, about her ...