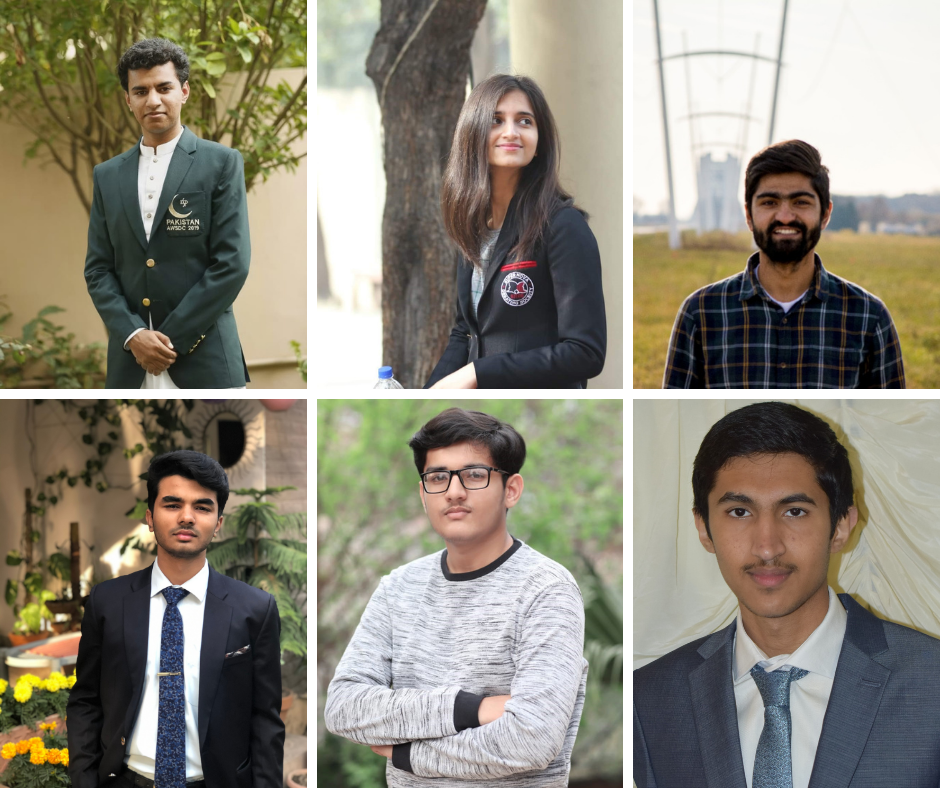 EducationUSA advisers work closely with students across the country to increase their chances of fulfilling their dream of a U.S. education. This quarter, we are proud to present six success stories – all these students are headed to schools of their choice this fall.

Shayan is set to attend NYU Abu Dhabi with full funding and looks forward to being a part of this dynamic, diverse, and academically impressive school. He began working with EducationUSA in 2019 and credits this time for helping him secure the admission.

“The fact that EducationUSA advisers have studied in the United States themselves is great. It helped me gain insights that I otherwise would not have had about the process. For me, they proved to be a beacon of guidance during an overwhelming time. Having someone in your corner rooting for you is a huge advantage and I’d recommend it to everyone,” states Shayan.

Mustajab, an Opportunity Funds student and now a part of the Pomona College Class of 2025, cannot wait to start this new chapter in life, one she has dreamt of for so long. Being a part of the Opportunity Funds program allowed her to focus solely on her applications without having to worry about the expenses associated with applying to college. And all the hard work has paid off: she has received close to full funding.

“When I look back now, I realize how fundamental the help and resources provided by EducationUSA were for my success. From encouraging us to aim high to being there every step of the way, the advisers never disappointed students looking for support and guidance,” states Mustajab. “Before me is a new phase of my life – four years of a wonderful college experience in the USA. Something that seemed like merely a dream in high school has now become a reality, thanks to EducationUSA.”

Muhammad is all set to start unraveling the mysteries of the universe as a doctoral student at Kansas State University. And he is free to immerse himself completely in cosmology and physics because finances are not a worry any longer – he got full funding, after all. After an inspiring Global UGRAD exchange program experience, he was determined to go to the United States for his PhD. He made it happen.

“This is a dream come true,” he says. “And I know this would not have been possible without the help of my EducationUSA adviser. Thank you for all the support and guidance!”

Muhammad Ibrahim is headed to Minerva – a school that saw an acceptance rate of just 0.8% last year – with full funding. As a part of the CCC cohort of 2020, he diligently attended alumni sessions, was active in group discussions with advisers, and worked on his application with utmost focus.

“When applying to universities, students can feel lost and sometimes really struggle to figure out their priorities. This is where EducationUSA advisers come in. They helped me really streamline the process and figure out exactly where I wanted to go and how to go about it,” he says.

Muhammad Saad, an exceptional student and part of the Opportunity Funds 2019 cohort, is also headed to Minerva, his dream school, with a full ride. During his bachelor’s program, he will have the opportunity to study in seven different cities around the world and explore all his academic interests.

“This could never have been possible without the guidance of EducationUSA advisers who were with me through the whole process. They helped me choose the right school, reviewed my essays, and kept me motivated when I felt like giving up,” he says. “Because of them, I’ve gotten into a college with the lowest acceptance rate in the USA. I am so excited to be an undergrad in the United States!”

Syed Hassan may be headed to Minerva, but he has other acceptances tucked in his belt too. The college-bound student also got into Johns Hopkins University, a pleasant surprise that left him teary eyed. According to him, the college application process was tiring and fulfilling at the same time. It became a source of self-exploration – he focused on his strengths and learned the importance of resilience when rejections came his way. Now, armed with financial aid and significant scholarships, he plans on making the most of his U.S. education.

“Being a part of the Competitive College Club (CCC) 2020 cohort helped me in reaching my goals because the program strengthened my foundations, prevented me from making blunders, and directed my focus. Thanks to the advisers, I have come to believe that the U.S. college application process is not individualistic in nature but a team effort. You always need help!” he says.