EducationUSA Pakistan teams in Islamabad, Karachi and Lahore work year-round to underscore the value of American higher education. Each November, this work reaches a height with International Education Week (IEW), a joint initiative of the U.S. Department of State and the U.S. Department of Education celebrating the benefits of international education and exchange worldwide. IEW 2019 was the week of November 18 to November 22. This year, students were invited to show off their creative sides, compete in sports competitions, and hear from alumni of various exchange programs and international study. 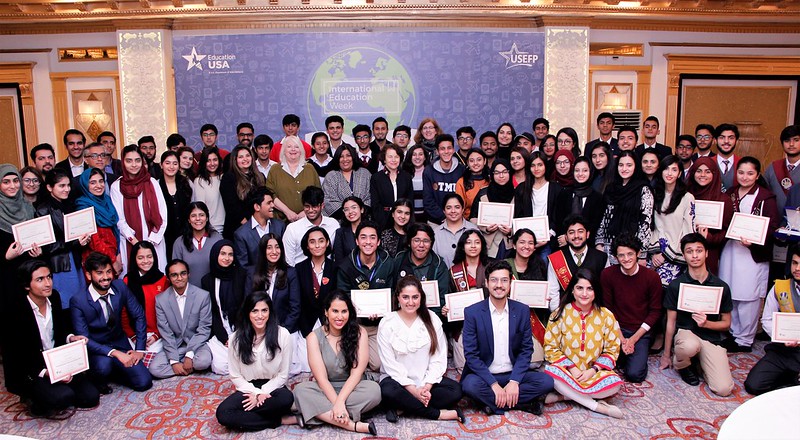 “IEW activities are planned and organized by EducationUSA advisers who have firsthand experience of study in the United States and are well-positioned to guide students through their applications,” said USEFP Executive Director, Rita Akhtar, “Through exposure to new cultures, ways of thinking, and friendships with people from around the world, studying abroad prepares Pakistani students to thrive in an increasingly globalized world.”

While each city’s advisers organized different creative events, all three cities hosted the annual High Achievers’ and Counselors’ Recognition Ceremony. The event acknowledges the hard work students and counselors put in throughout the academic year. Counselors nominate their top three students for recognition in the High Achievers’ Ceremony, while students are invited to nominate their favorite counselors for the Students’ Choice Award. EducationUSA advisers in Islamabad shared snapshots of their time on U.S. campuses, giving the students, parents and counselors in the audience real examples of international student experiences in the U.S.

In Islamabad, IEW festivities were launched with a reception co-hosted by USEFP and the U.S. Embassy in Islamabad, inviting education leaders from around the twin cities to network with American officials. Advisers also hosted a reprise of the popular Dramatic Reading Competition, which invites local students to show off their acting chops in a two-minute performance of original or existing works. Winner Khadijah Sahi wowed a panel of judges – made up of two participants from the U.S. Embassy and a Fulbright alumna – with her spirited recitation of an Urdu poem, “Zindagi Sai Dartay Ho” by N.M. Rashed.

Islamabad advisers also organized a panel discussion titled Study Beyond Borders, which invited alumni of various USEFP and U.S. Embassy exchange programs – including Fulbright, Summer Sisters and the Global Undergraduate Program – to participate in a moderated discussion and Q&A about all aspects of their exchange experiences ranging from the applications process to the insights they brought back to Pakistan from their time in the U.S.

Karachi asked students to pick up a camera and slip into the role of a director for the Filminute contest, filming and editing a 60-second clip inspired by the theme “Find X.” Winner Faizan Sheikh was awarded a Go Pro 7 after impressing judges from the New York Film Academy with his short film highlighting glimpses of life in Karachi.

In a Parents Meet Parents event organized to help parents – the biggest and most important supporters of Pakistani students heading to the U.S., especially at the undergraduate level – get a better understanding of U.S. higher education, parents of prospective U.S. applicants were invited to meet parents of enrolled students and alumni and talk frankly about all aspects of U.S. study, from financing to sending kids away to live alone.

Lahore’s student body was also asked to pull out cameras, but for photography, not videography. After heading to the ancient Walled City with advisers for a photo walk, participants submitted three photographs for consideration in the competition. Maroof Khalid took home first prize, with the following image of modern life juxtaposed against the weight of history in the Walled City: 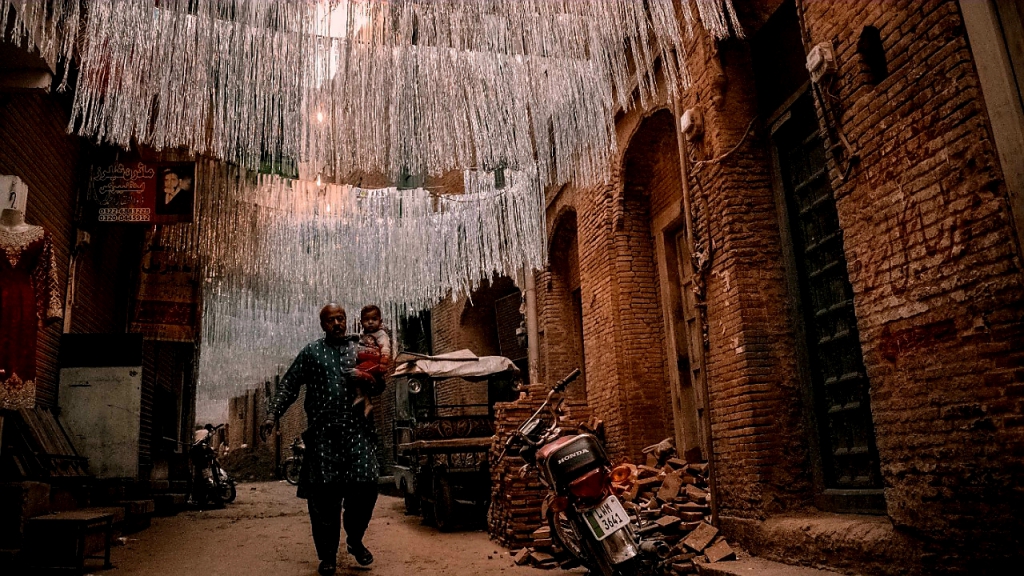 The first-prize winner at the photography competition in Lahore

Lahore also brought back its EdUSA Talks – a spin on TED Talks – featuring U.S. alumni speaking on the mathematics of music; finding love in yourself; and valuable skills in the new-age corporate world. And to empower girls to take up space in the athletic arena, advisers organized an all-girls table tennis tournament, encouraging high school girls to lace up their sneakers, pick up their rackets and play to win.

International Education Week will be back in November 2020. Until then, keep in touch with your local USEFP office and EducationUSA team by registering for free advising services services here.