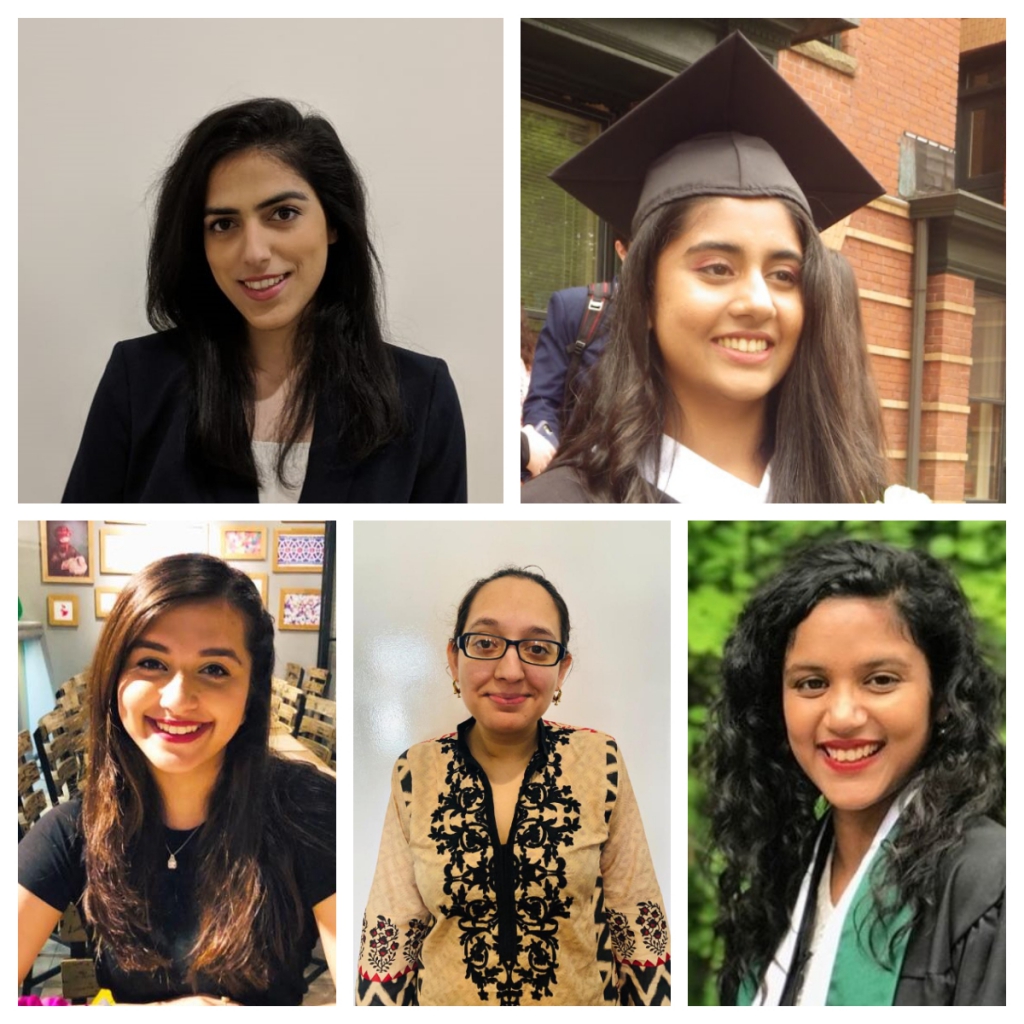 This quarter, USEFP welcomed five new members to its team:

Aleena Niaz joined USEFP as an EducationUSA adviser in 2019. She has a bachelor’s degree from Randolph-Macon College in economics/ business with a French minor. During this time, she also spent a semester abroad in Nice, in the south of France. Before USEFP, she worked in digital rights and the internet policy landscape in Pakistan. She is passionate about traveling, cats, and the oxford comma.

Aliyah Sahqani joined USEFP as an EducationUSA advisor in August 2019. She graduated from Mount Holyoke College with a bachelor’s in economics and politics in 2017. Previously, Aliyah worked at Herald magazine as an editorial assistant, writing and reporting on Pakistan’s social, political and economic issues. Now at USEFP, she hopes to help students meet their potential and improve their profile in time for college application season. In her free time, Aliyah likes to run long distances, play tennis if she can find a partner, and write.

Fizza Bangash joined USEFP as a Communication Officer for the Pakistan-U.S. Alumni Network in August 2019. She completed her bachelor’s in mass communication from National University of Science & Technology (NUST) and master’s in development studies from the London School of Economics (LSE) on a Commonwealth Scholarship. She has previously worked with CARE International, S&P Global, The Asia Foundation and Save the Children in Media and Communication roles and was also a Young Policy Fellow at the European University Institute, Italy.

Isma Aslam joined USEFP as a Communication Officer in September 2019. She is originally from New York City, with Islamabad now a new home. She has a bachelor’s degree in English from Vassar College and a master’s degree in South Asian studies from the University of Manchester. In her spare time, she enjoys watching cat videos.

Mirat Hyder joined USEFP in August 2019. A member of the Class of 2017, she earned her bachelor’s degree in economics from Vassar College in Poughkeepsie, New York. Previously, she worked as an economist in the Pakistan Stock Market and hopes that the economic meltdown of the past twelve months somewhat redeems members of her former profession for having accurately warned the country in the run up to 2018’s elections; Mirat is an optimist. Her work at USEFP will have her advising prospective undergraduates as they take on the daunting task of applying to college. An avid sketcher, several recent trips to the beach have turned her on to painting because water is very difficult to draw.

Recently, USEFP bid farewell to EducationUSA advisors Omer Zulfikar, Aiman Fathima Rizvi and Akna Naeem Khan. We wish them all the best as they move on to new opportunities.

By Aqsa Azam 11-year-old Jim was highly agoraphobic-to the point he couldn’t go to school, didn’t have any ...