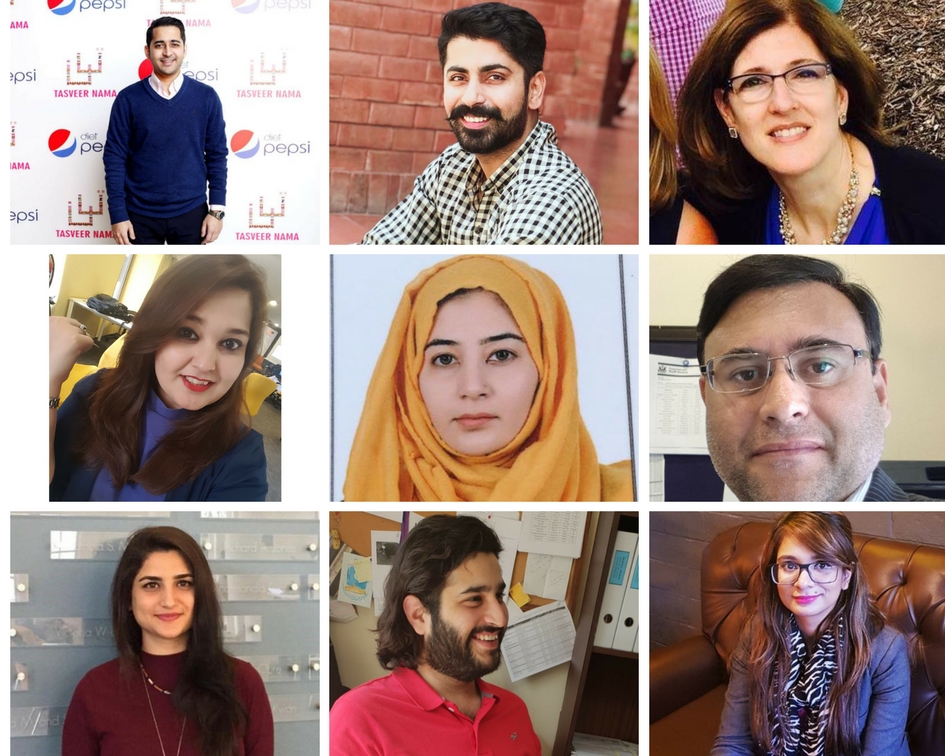 Aman Bashir joined USEFP as an EducationUSA Adviser in January 2018. He is from Lahore and has a Bachelor of Science in Economics from Pennsylvania State University. Currently, he is working with USEFP’s Competitive College Club Cohort and Opportunity Fund students for the Lahore office.

Ashab Hassan Lodhi joined USEFP in January 2018 as an Assistant Outreach Officer at Pakistan – U.S. Alumni Network’s (PUAN) Lahore office. He has an M.Phil. degree in IT from National University of Science and Technology (NUST), Islamabad. Ashab is also an avid traveler, who likes to explore new places.

Kashif Sheikh joined USEFP as an HR Officer in November 2017. He is a senior HR professional with years of experience in the humanitarian and social development sector, focusing on education. He graduated from COMSATS Institute of Information Technology, Islamabad with a specialization in human resource management. Kashif has previously worked for British Council and World Vision International.

Kathy Aziz joined USEFP as an EducationUSA Adviser in January 2018. She is from St. Paul, Minnesota. She has a bachelor’s degree in Russian Language and Literature from the University of Minnesota and a Master of International Affairs from Columbia University. Over the past 25 years, she has lived a total of 7 years in Pakistan.

Mashal Naeem Khan joined USEFP as an EducationUSA Adviser in January 2018. She graduated with a master’s degree in Teaching and Curriculum from Syracuse University, NY USA in 2017. She has been an educator since 2011 and has worked with different colleges and universities in Peshawar. While studying in the U.S. as an exchange student, Mashal developed a keen interest in international education. She wants more Pakistani students to go through this enriching experience. At USEFP, she now enjoys assisting Pakistani students apply to the U.S. for their higher studies.

Mehwish Anwar joined USEFP in March 2018 as a Testing Assistant. She has done her MBA (HR) from University of Management and Technology Lahore. She comes to USEFP after having worked as a General Banking Officer in Sindh Bank Ltd. for three years.

Samana Qaseem joined USEFP in January 2018. She is a student affair professional and has done her M.Phil. in Education Management and Leadership from Shaheed Zulfikar Ali Bhutto Institute of Science and Technology (SZABIST). She strongly endorses learning and development outside the classroom through activities and community work. She works as an Alumni Outreach Officer in Pakistan-U.S. Alumni Network’s (PUAN) Karachi office.

Sundas Amjad joined USEFP as a Testing Assistant in November 2017. She has a master’s degree in Molecular Biology from COMSATS Institute of Information Technology, Islamabad. She comes to USEFP after acquiring two years of administration related experience in a medical diagnostic company.

Zain Arshad Chaudhry joined USEFP in February 2018. He graduated from the University of South Carolina in 2012. Before joining USEFP, he worked in the U.S. and China in international trade and supply chain management.